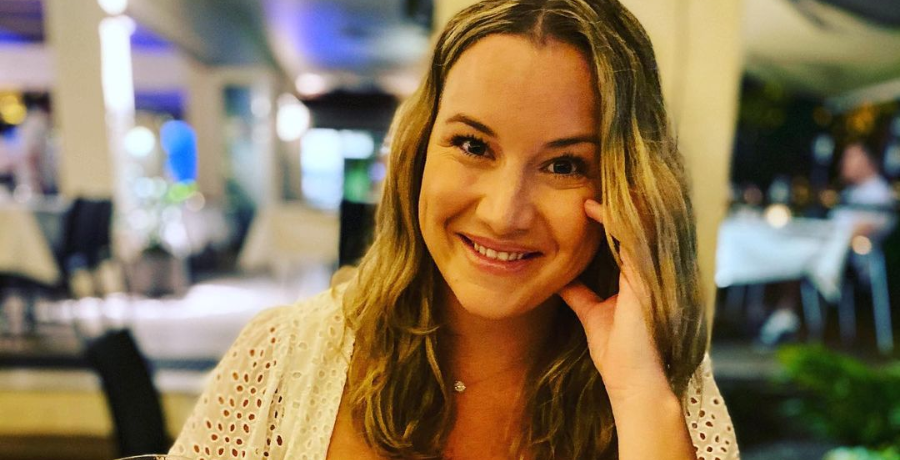 Below Deck Med star Hannah Ferrier opened up about her pregnancy. She is “on the fence” about having another baby. The former chief stew admitted that her birth was a “traumatic” experience. Earlier this week, Hannah sat down for an exclusive interview with Us Weekly.

In the lengthy interview, she talked about the status of her relationship with Captain Sandy Yawn. As fans know, the two are on the outs. Hannah and Sandy’s feud continue to play out in the media and hasn’t ended. The former yachtie even rejected Sandy’s response to send her a baby gift since their work relationship didn’t end well.

In her interview with Us Weekly, the Below Deck Med alum addressed her birth. While Hannah is very happy to be a first-time mom, she’s not sure if she wants to have more kids. Meanwhile, her fiance Josh wants to expand their family. The engaged couple can’t come to terms with wanting more children.

The Bravo star said that she might change her mind in the next six months. For now, she wants to focus on her 6-month-old daughter, Ava Grace Roberts, who has been making great strides lately. Hannah revealed that their daughter said “Dada” for the first time the other day. She also learned how to crawl, which means they’ll have to catch up with her.

Hannah gave birth in October 2020. At the time, she revealed on Instagram that their little bundle of joy was born on October 26. Hannah called her a “little menace that has captured our hearts forever.” This is the first child for both Hannah and Josh.

Below Deck Med star has to defend her parenting skills

Hannah keeps getting mommy-shamed on social media. She gave birth just four months after her pregnancy real. The Below Deck Med Season 5 star had to fight back at mommy-shamers while she was pregnant. And there are times when she still has to defend her parenting skills.

“I actually put something up on my Stories the other day and I was like, ‘Look, this isn’t to be rude. Thank you for all the advice, but I don’t take my parenting advice off strangers on the internet, so you can probably save your breath,'” Hannah explained. “This one woman was like, ‘I hope your baby’s colic,’ when I was pregnant. I just started crying my eyes because I was like, ‘Yeah, I don’t mind what you call me, but when it’s your baby … and then somebody actually wishes bad on them?”

Hannah called the person a “psychotic” troll. On Tuesday, May 4, she clapped back at another hater who questioned Ava’s paternity. The troll said the Aussie probably had a bay with “a guy at [her] local gas station.” Hannah also joked that she also smoked “60 [cigarettes] a day” while pregnant with her baby.

Check back with TV Shows Ace for more news on Hannah Ferrier.