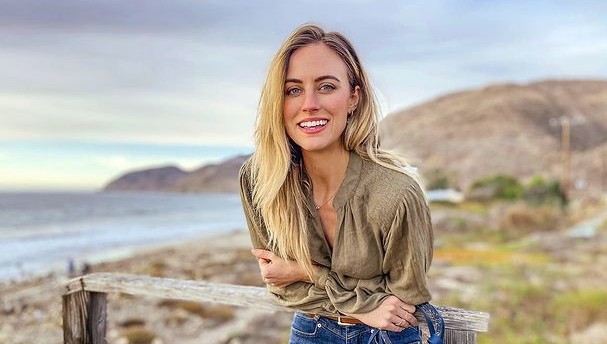 Bachelor in Paradise alum Kendall Long met Joe Amabile during their time together on the show. They were in long relationship many felt would last. Due to location differences, along with other reasons, the two decided to part ways. Fans still hope to one day see them reconnect. They maintain they are still great friends. However, as the new season of Bachelor in Paradise prepares to film, many wonder who the cast will be. Will Joe Amabile be returning to look for love once more? Plus how does Kendall feel about it all?

How does Kendall Long feel about Joe Amabile returning to BIP?

US Weekly shared what Kendall had to say about Joe possibly returning to Paradise. As it turns out, Kendall would not be thrilled with her ex returning to the show. Kendall told Ashley Iaconetti on the Almost Famous podcast she wouldn’t like him going back. She said, “It would be so hard,” Kendall continued, “I would not want to watch him fall in love with someone else. That would suck so much.”

She also noted she does want Joe to find love but would rather it not be right in her face. Kenall also said if she and Joe were both asked back to BIP she would most likely turn it down. She said, “I still have a tremendous amount of love for him.” She went on saying it would be too hard to see him with another woman. Kendall said, “I would just be signing up for another heartbreak.”

However, if she were asked back and Joe wasn’t, she’s not sure what she’d do. She said, “I’m not sure. I want someone else to experience falling in love that way.”

Kendall noted that she learned a lot from her time with Joe. He was the first relationship in which she potentially saw a marriage. Now, she’s looking for connections that go above and beyond. She now knows more of what she wants.

As for her relationship with Joe. Kendall has said their relationship is good. It’s just not romantic. She admits to going on a few dates with a new fella. While it’s nothing serious yet, she did say she’s open to go on more dates with this mystery man.

There has been nothing announced about Joe Amabile returning to Bachelor in Paradise.