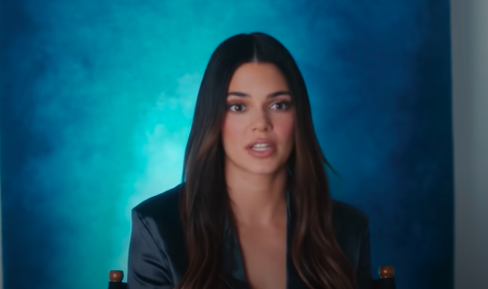 Vogue has a new series touching on Kendall Jenner’s anxiety. She is opening up on how the pandemic is affecting that. Turns out, she is struggling.

It has always been a key point of Keeping up with the Kardashians that Kendall Jenner has anxiety. She has called her mom countless times on the show while trying to fly to calm down from an anxiety attack.

Kendall has also spoken publicly about her issues on her social media platforms and on the show. So, everyone knows Kendall Jenner’s anxiety is pretty tough for her to deal with.

According to ScreenRant, Kendall not only suffers from anxiety but hypochondria which has caused her to want to send herself to the hospital. Now, she’s opening up about these struggles in a new Vogue series.

“I think being overworked and being in the situation that I’m in now is kind of what set it out of control in a way,” she says about her mental illness. “I’ve had times where I feel like I need to be rushed to the hospital because I think my heart’s failing….Sometimes I think I’m dying.”

How COVID is changing things

Now that COVID is starting to end, Kendall is feeling the anxiety even more. She says that this is especially true with friends that she hasn’t been able to see in a while. Starting to see them again seems to be freaking out a bit.

“Now that things are slowly opening up, if I go to a dinner or if I see a few more of my friends than I’m used to seeing throughout this last year, that gives me anxiety,” she reveals.

Hopefully, as things continue to open and Kendall is able to work more and more she will start to feel more at ease. After all, anyone with anxiety knows just how hard it is to live with that constant worry on your mind.

Currently, Kendall Jenner struggles because fans think she shouldn’t suffer from these issues. This is because she has basically everything she could ever want. However, anxiety is not a matter of how much money one has – instead it can attack anyone at any time.

What do you think about Kendall Jenner’s anxiety? Let us know if you relate in the comments below. Come back to TV Shows Ace for more news on all of your favorite Keeping up with the Kardashians stars.