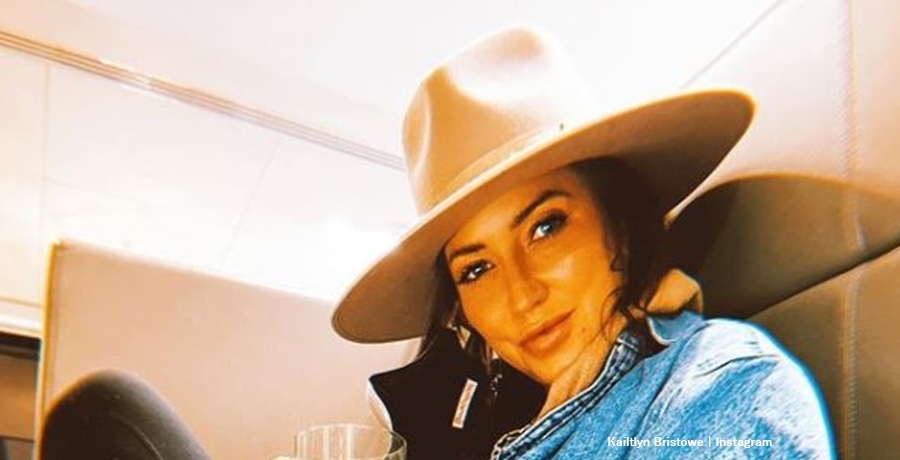 Kaitlyn Bristowe’s anxiety sometimes becomes full-blown depression. Despite her amazing success in life, she often cries and tells her many Bachelor Nation fans about it. Actually, it seems strange that the Bachelorette alum seems so down, so often. After all, she found her man, Jason Tartick and they seem tight. Plus, she won the Dancing with the Stars Mirror Ball Trophy. Additionally, she released a successful and popular single. However, mental health knows no social or financial boundaries. So, she gave Mental Health Month a shout-out.

In April, the ABC star went through a bad time with her depression. Unfortunately, it came soon after she stepped up as the co-host alongside Tayshia Adams for The Bachelorette. That followed the Chris Harrison scandal which saw him step back from the show. Recall, he fell afoul of cancel culture after some conflict with Rachel Lindsay. However, Kaitlyn took some heat for stepping up in place of him. She took to Twitter in full depression mode and poured her heart out about her mental state.

Actually, Kaitlyn Bristowe’s anxiety level probably rose when she and Jason Tartick fell ill with the coronavirus. Apparently, sometimes people feel the ill effects for months afterward. Well, she definitely pays attention to her mental health, so she probably learned it’s best to talk about it when feeling in a bad place. The ABC star regularly sees a therapist. So, that’s why she appreciates that every May, Mental Health Month comes along and raises awareness about it.

Bachelorette fans might never suffer from mental health issues like Kaitlyn Bristowe’s anxiety. However, it seems like she shares about it for good. After all, in American millions of people live with problems. In fact, there’s a good chance that someone in the family, or among work colleagues, probably experience depression from time to time. Recognizing the symptoms might actually help save a life. The National Alliance of Mental Illness website notes that May is specially set aside for awareness.

Kaitlyn Bristowe’s anxiety problem made her recall the special month, so she posted about it on May 6 on Instagram. In a long post, she talked about how she went to therapy. In fact, she said that she goes along “once a month.” She likes that “the world” acknowledges the “importance” of mental health these days. The Bachelorette alum also noted, “Therapy has helped me for the last 8 years more than I can put into words.”

The ABC star also told her many fans that “talking about it, can be so freeing.”

Remember to check back with us often for news about how Kaitlyn Bristowe’s anxiety impacts her life and brings awareness about mental health to others.

Tune in to the season premiere of The Bachelorette on Monday, June 7. Kaitlyn co-hosts alongside Tayshia Adams.