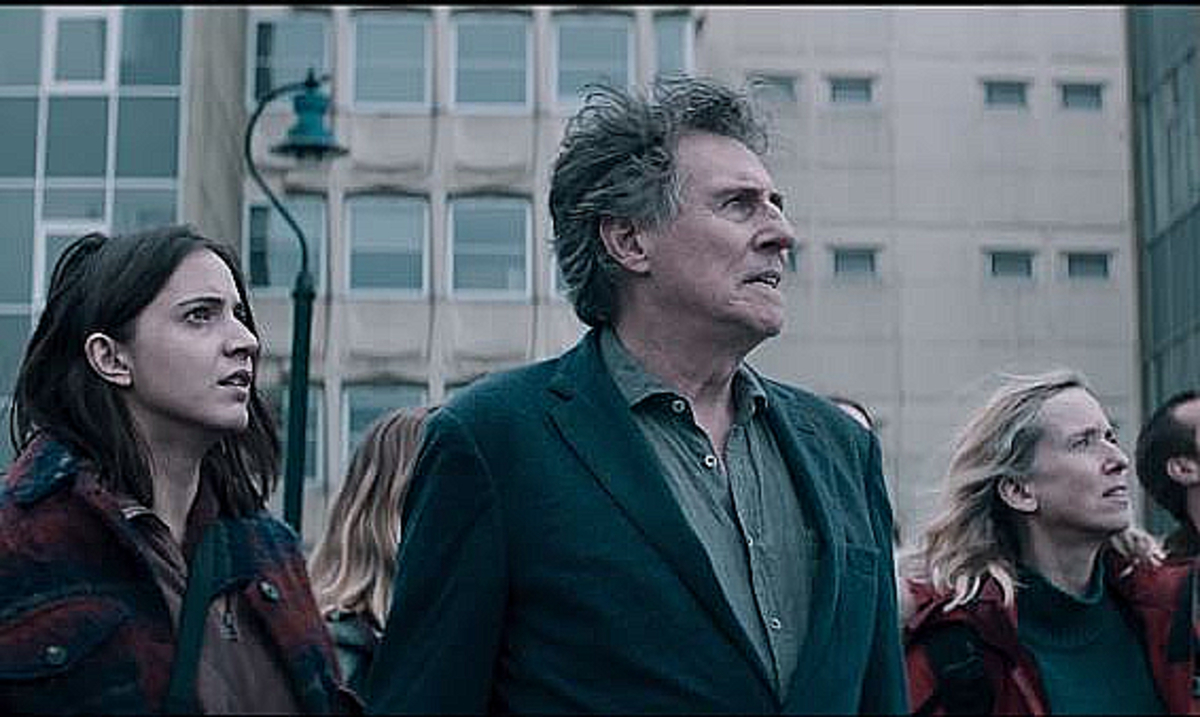 The trailer dropped today for season two of the anxiety-producing War of the Worlds on EPIX, starring Gabriel Byrne.  An alien invasion meets a horror movie white knuckle thriller coming just in time for summer.

Imagine we survive something like COVID only to get a UFO visitation that was unwanted? Enter War of the Worlds, written and created by Howard Overman, will premiere its eight-episode second season on EPIX on June 6.

This H.G. Wells adaptation has a twist, perhaps we humans have invited this trouble to begin with, and the aliens address unfinished business.

The original H.G. Wells’ alien invasion novel War of the Worlds inspired the film that freaked out an already anxietal nation in a Cold War with the USSR (Russia).

The 1938 radio rendition of this novel created havoc as people really believed we were under attack.

Steven Spielberg’s 2005 version saw Tom Cruise as the star saving us all from the alien apocalypse.

The premise is boiled down to an us-versus-them situation. Extraterrestrial life shows up on Earth in a huge ship, and it releases machines that destroy everything.

Our lovely bacteria and viruses are our salvation as the aliens curl up and die, and we live happily ever after.

In the EPIX series, season one introduced us to astronomer Catherine Durand (Léa Drucker) of the I.R.A.M. Observatory in the French Alps. She discovers a distinctly extraterrestrial wavelength coming through the airwaves.

The aliens picked up some beamed music in the cosmos, a Nick Cave tune they had umbrage with, apparently. In the first season, we also met Emily (Daisy Edgar-Jones), who discovered she might have her own personal connection to the aliens.

The aliens wipe out people left and right as the terrifying four-legged metal robots hunt the ones who did not die yet.

Season two of War of the Worlds sees our characters left reeling by the possibility that the invaders could be human. A tense fight to take back the planet awaits them. For some, the sheer desperation to survive will lead them to contemplate sacrificing one of their own…

War of the Worlds Season 2 premieres Sunday, June 6th at 9 PM on EPIX