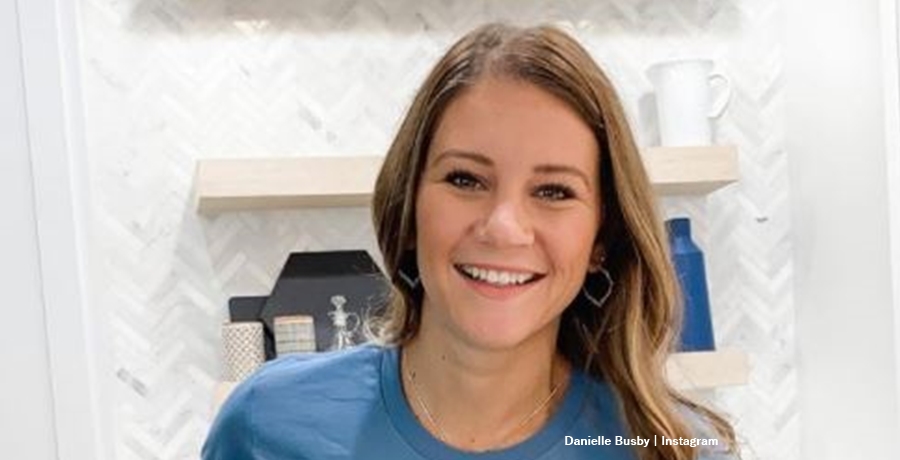 Danielle Busby went for a medical procedure on May 6. Afraid of it, she hated that it was her third visit for scans and things. Anyway, she ended up so anxious that her doctor gave her something to settle her down a bit. Actually, it looks like it made her really happy and tripping-relaxed. In fact, afterward, she talked the hind leg off a donkey. Fortunately, Adam drove while she chatted away for ages about all sorts of things.

Fans saw at the end of the latest OutDaughtered season that the mom of Blayke and the quints never found out what ails her. Much about her health issues emerged during the show. Plus, she and Adam also shared some things about it on their social media. Fortunately, she avoided needing heart surgery, something she feared terribly. However, that left her still searching for answers. Clearly, filming and stressing about her health while looking after the kids tuckered out the TLC star.

Does Danielle Busby Finally Get Answers About Her Health?

After she stopped filming, Danielle Busby went up to Michigan and stayed with friends. Leaving Adam looking after the kids, she spent five days just doing what everyone loves doing. They cycled, met a donkey, ate junk food, and just chilled. However, all good things come to an end, and soon after her return, she ended up going for more tests. She seemed really nervous about it and took to her Instagram stories to tell the tale. Actually, she certainly became very talkative after the doc calmed her down with some meds for her anxiety. In fact, it looked like she was tripping a bit and enjoying it immensely.

Talking the hind leg off a donkey

Danielle Busby told her fans in her story that whatever the procedure was, it involved something unpleasant. In fact, she tires of all these tests now. She complained that they carry out three of them. Next time, she returns for something to do with her lower back. So, she wondered why they can’t just do her brain, her upper torso, and the lower spine all at once. Mind you, she looked ultra-relaxed after the doc calmed her anxiety with some meds. On one clip, Adam grinned and she captioned it with, “feeling the effects of what a calm and relaxed Danielle is like…haha.”

Danielle Busby also said that she felt really “good.” Anyway, she got the munchies, so Adam took her for breakfast and then shopping. Clearly, she didn’t mind where, as long as they did something before they fetched the kids. While Adam drove she talked. And talked. Then she talked some more! And some more. Skipping from subject to subject, Adam eventually switched off as you can see in the first photo below. The OutDaughtered star said he stopped even “listening.’

After breakfast, Danielle Busby said they went “wherever they were going,” and she rambled on about many other things including promos and Instagram numbers. Oh, and wanting donuts. However, when she returned home, the TLC star admitted she finally just conked out in the car. Nevertheless, maybe she still felt a little like tripping as she then started talking again. This time, she revealed stuff they ordered from Riley’s bedroom. Fans heard all about how they hide some of them from her daughter. Plus, she seemed delighted that it came from the same place as Blayke’s things.

More talking the hind leg off a donkey revealed that Danielle Busby and Adam work on various projects. Plus, they plan another vacation soon.

Tori Roloff Says Matt Is Very Controlling – Here’s Why
Khloe Kardashian Reveals Truth About Relationship With Tristan Thompson: Are They Together?
WOW! Jackson Roloff Shows Off His Amazing Talent
Multiple Times Jade Roper Slammed Trolls Who Slap At Her Parenting
How Is Josie Bates & Kelton Balka’s Baby Hazel Doing In The NICU?