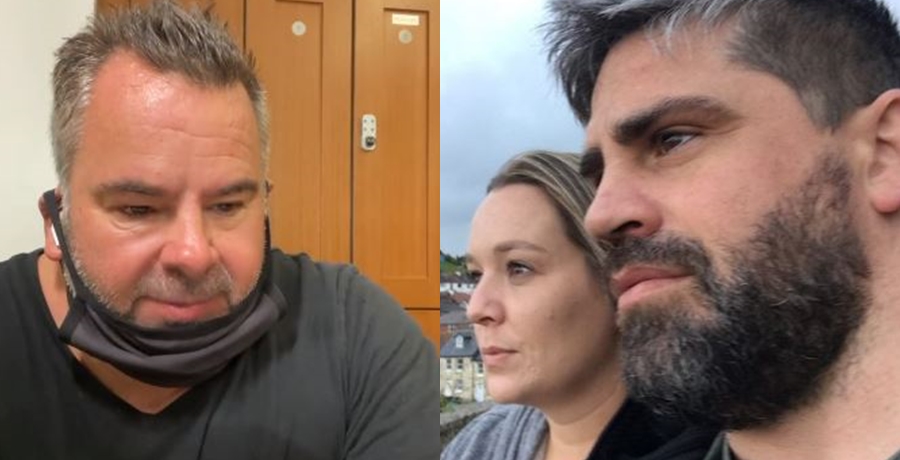 Jon Walters and Rachel starred in Season 1 of 90 Day Fiance, and they still don’t live together. Married for ages now, they struggle to get him over to the States as he has an assault conviction. Many TLC fans don’t like him at all, as he delivers it straight. Despite that, he has a lot of fans who love him for saying what other people might not. Now he dissed Big Ed and then when Blogger John Yates shared his post, he dissed the man with a short neck again.

In January this year, we reported that Jon feels terribly sad. Fans know that Rachel can’t live in the UK as it would mean abandoning her child in the USA. Plus, his college brawl that happened years ago remains a stone around his neck as he can’t get a K-1 Visa. However, he and Rachel try various avenues with endless application formalities. Of course, the coronavirus put a halt to life. So, that makes it even worse. Previously, Rachel often flew over there to see him. He said, “I’ve not seen my family for a year, so much has happened and nothing at all happened. I miss you @rachelwalters01.”

A lot of people sent love to Jon Walters despite him initially finding a lot of critics. Many people hated his very direct and often profanity-laced way of expressing himself. However, over the years TLC fans warmed to the 90 Day Fiance star. Sometimes when he disses cast members that fans don’t like, he also gets appreciated. Back in 2019, he dissed all over Jesse Meester who declared himself a “psychologist.” At the time, Jon responded by saying, “This is like hearing a paedo got a teaching licence, (sic).”

The double-diss on Big Ed

You probably heard how fans scandal and gossip about Big Ed. Many people feel it’s rather disturbing how he posts photos of himself and young girls. So, a lot of fans think Big Ed’s a very dodgy person. Clearly, Jon Walters thinks so as well. In a Q&A Jon answered a fan who wondered why he hates “Ed so much.” His reply talked about “no neck s*x predator goblins.” Well, blogger John Yates picked it up, screenshot it, and shared it on his Instagram. He captioned the post with, “Jon hates all goblins equally.”

Jon Walters popped up in the comments and double-dissed Big Ed. It came after a fan said, “The gaslighting and manipulation that man uses against these young girls he’s preying on is so obvious and disgusting @johnyates327tv! All of his scenes make me uncomfortable to say the least! So cringey! 🤢”  Then another fan wrote, “And TLC hired him after finding out. Outrageous..”

Jon shot back with, “it was with that or the circus was going to snap him up,”

What do you think about 90 Day Fiance star Jon Walters double-dissing Big Ed? Sound off in the comments below