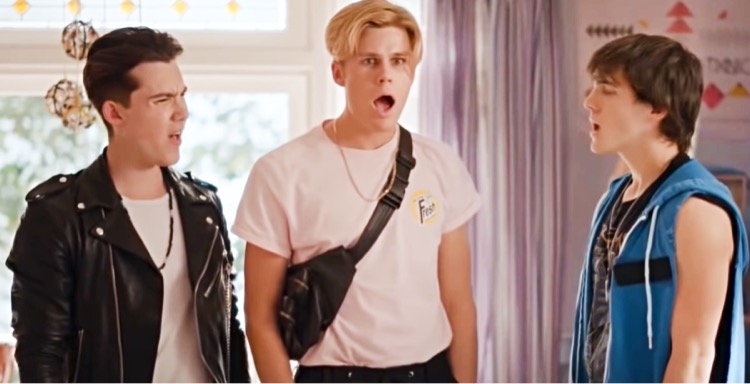 Julie and the Phantoms fans have been itching for a JATP Season 2 update. Jeremy Shada, who plays the role of Reggie, finally has some current information for fans. Unfortunately, it’s a pretty disappointing update that JATP fans are not too happy about.

Has Julie and the Phantoms been canceled? Will we ever see a Season 2? What is this disappointing update Jeremy Shada has for fans?

Keep reading. We will explain.

The Julie and the Phantoms actor shared a snapshot from the show that really got fans of the Netflix Original going on Instagram today. 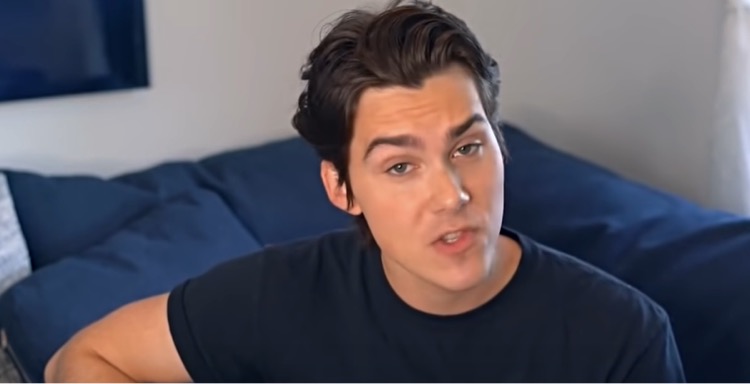 The Instagram post featured a scene from pretty early in Season 1. This was the moment right before all three members of the band passed away. Turns out, Jeremy was just reflecting on his relationship with his co-stars. And, he was congratulating them on getting new pups. As we reported yesterday, Owen Joyner does have a new ‘perfect’ girl in his life. And, she’s adorable!

Now, Jeremy Shada sharing JATP content on Instagram really got fans of the series going. Moreover, it caused a lot of questions to come up. Namely, why was he posting content about the Netflix Original? Was this a sign? Would we get a JATP Season 2 update soon? Fans were hopeful.

One fan noted the post brought back memories of the first time they watched the series on Netflix. The individual proceeded to ask if Jeremy posting about the show was a sign renewal news would happen soon. Unfortunately, Jeremy Shada had a somber JATP Season 2 update for this fan.

Turns out, the Julie and the Phantoms cast members do not have the inside scoop on Season 2. They are still waiting just like fans are. Jeremy, however, did admit to fans he and his co-stars were still hopeful good news would eventually come. The more time that passes, the harder it will be to renew the series. 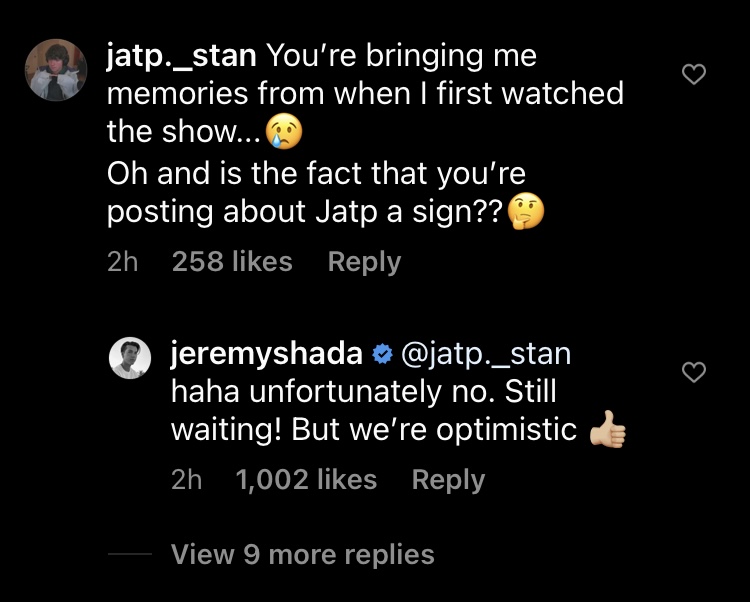 Many Fantoms agreed staying hopeful was important. But, some admit it was becoming hard to stay positive. And, they were feeling very pessimistic about the chances of a renewal. Some even slammed Netflix for playing with the hearts of fans.

Are you bummed we still really don’t have a Julie and the Phantoms Season 2 update? Do you think Netflix will cancel JATP? Share your thoughts with us. And, keep coming back for the latest updates!