Tori and Zach Roloff’s son Jackson is becoming a little soccer player in a new video. The three-year-old is taking after his dad, Tori writes, saying that Jackson is “playing soccer goalie like daddy!” He’s already got some awesome skills, even though he’s young. Maybe there’s a soccer career in this kiddo’s future.

In the snaps Tori shared, Jackson is kicking the blue soccer ball around the living room as his one-year-old sister Lilah plays on the floor. It won’t be long before she starts kicking the ball with her brother. 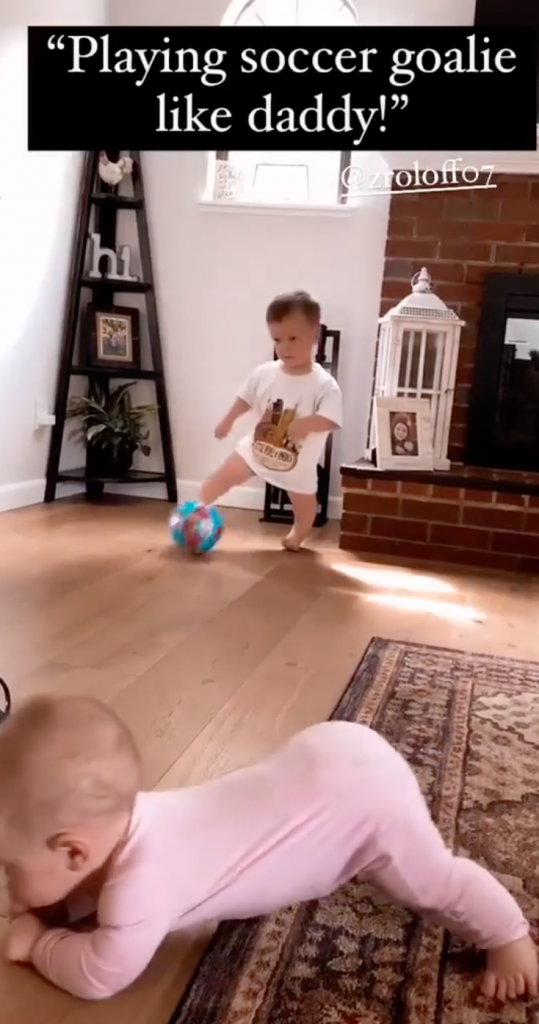 Since Jackson clearly seems to enjoy kicking the ball around, maybe Tori and Zach will sign him up to play soccer with kids his age. One thing that may be preventing that is the pandemic, as some extracurricular activities have been canceled. But it’s possible that the little guy will get a chance to join a rec soccer league soon. He’s right at the age where most kids start some type of extracurricular activities. He started going to pre-kindergarten this year and is already making friends.

If he does start playing soccer, Tori will surely share more photos and videos of him. And with his dad’s experience, he will get plenty of practice at home too.

Zach has a history of playing soccer. He previously played for North America in the Copa America World Cup. He also coached kids’ soccer at one point, so he could end up coaching Jackson if he decides to play sometime. Zach said that he loved getting to be a part of “the moment young kids fall in love with sports.”

The Little People, Big World star recently worked on making dwarf soccer a disability sport.  Fans admire Zach and all of his hard work. They are glad that little Jackson has such a positive influence in his life and love to see him following in his father’s footsteps.

On the family’s TLC show, Zach showed off his soccer skills. You can take a look at this clip from 2008.

Don’t miss the return of LPBW. Find all the details about Season 22 here.