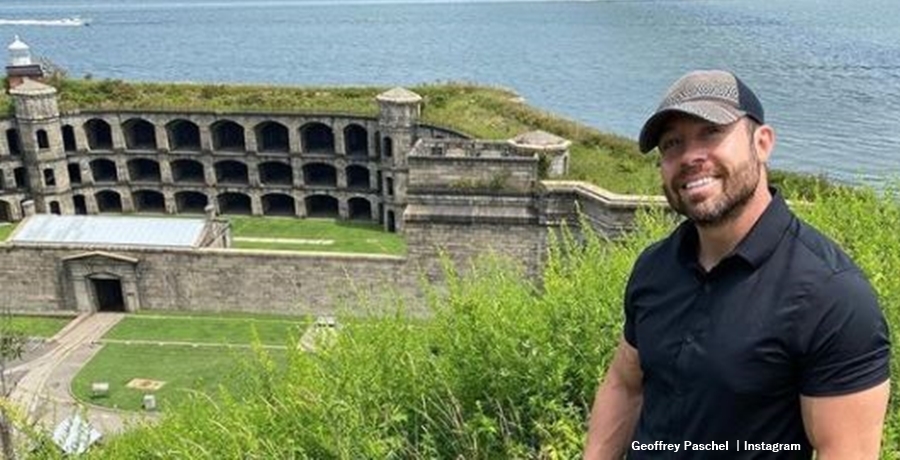 Geoffrey Paschel from 90 Day Fiance received a lot of criticism from TLC fans. When they heard he was accused of domestic assault and other charges, they freaked out. The incident allegedly occurred in 2019. He appeared in a Knoxville County court on charges pressed by an ex-girlfriend. However, it ended up delayed because of the coronavirus. On May 4, 2021, he attended court again and a source close to the case tells us exclusively that one of the charges fell away.

The original charges included different counts. We reported in May last year, that these included “domestic assault, interference with emergency calls, aggravated kidnapping, and vandalism.” After his appearance, he expressed his disappointment about delays. Back then, he shared on Instagram, “Today was supposed to be my hearing date for the June 2019 allegations.” Additionally, he seemed keen to get it over with so that people could know the truth of the allegations. So, the 90 Day Fiance star said that he asked for “the earliest possible dates every time.”

Knox News originally reported that Geoffrey allegedly attacked his ex at a “Rocky Hill home they shared.” However, our source says “they were not dating at the time.” Meanwhile, he apparently felt the whole thing related to “an attempt to sabotage him in an ongoing child custody battle.” Geoffrey always maintained his innocence. Therefore, TLC  fans on his Instagram hope it all ends up sorted out in his favor. Divided, others want him off the 90 Day Fiance show and in jail forever. However, like all people who face allegations of criminal behavior, the courts deem him innocent until found guilty.

May 4 court date, it looks like one charge was dropped

Our source, close to the case, confirmed that Geoffrey Paschel appeared again on May 4. In fact, he still expected all four charges. However, instead of four, he now deals with only three. That probably comes as a huge relief. Our source says that the 90 Day Fiance star always believed they “over-charged him.” He still faces domestic assault, interference with emergency calls, and aggravated kidnapping charges. However, the vandalism charge fell away.

Our source said that they heard, “they dropped one of the charges.” Apparently, dropping the “vandalism charge,” made him feel vindicated a bit. Actually, he always “said they overcharged him.” The source notes that in court they said that “the “evidence lacks proof of any damage.” However, at the time of the initial charges, “they didn’t know that.” The ongoing case still means he faces the remaining charges.

Our source told us that Geoffrey Paschel feels a bit hopeful. Possibly, that might mean “other charges were also exaggerated,” the source added. This information can’t be verified at this time, however, it sounds positive for him.  Geoffrey still thinks he took the right course of action. Refusing a plea deal, he opted for a jury trial. It looks like he feels determined that he clears his name.

Remember to check back with us often as we make sure to update you as more information comes along.

Fans Go Crazy Over Jackson Roloff’s New Friend Being Caged
‘Shadow and Bone’ Renewed for Season 2 By Netflix
‘Days Of Our Lives’ Two Week Ahead Spoilers: Xander Goes Too Far With Dr. Synder – Sets Up Another Salem WhoDunnit
‘Gordon Ramsay: Uncharted’ Exclusive Interview with Maine Chef Melissa Kelly
Which Duggar Courtships Seem To Be In The Works?