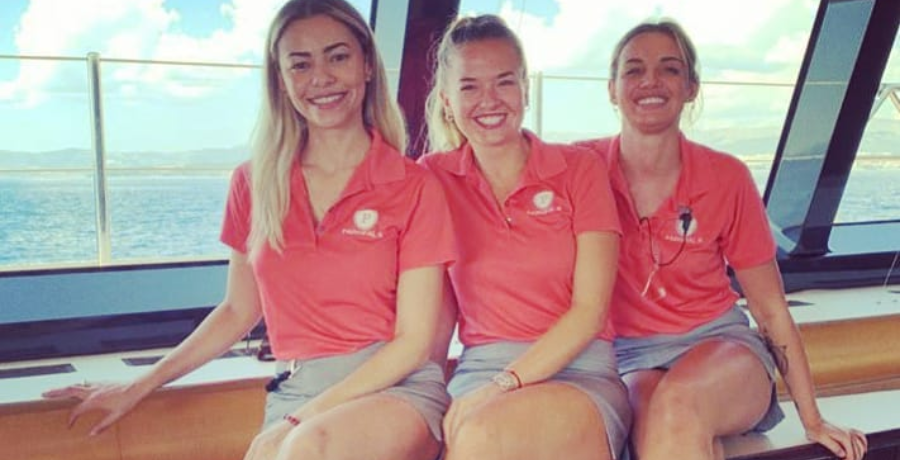 Below Deck Sailing Yacht viewers had a lot to say about Dani and Alli’s sudden hookup on Monday night’s episode. The two women took off to a guest cabin to make out and other unmentioned things. Dani Soare was not getting the attention she wanted from Jean-Luc Cerza Lanaux. She was intoxicated and in the mood for some late-night fun.

The stew thought it was a good idea to get some love from Alli Dore. Understandably, their hookup confused most viewers since they never hinted about their interest before. They didn’t understand what was happening. But it was the male viewers who were the most outspoken about it. Both Dani and Alli said they received “brutal” messages after that episode aired.

“What two adults do, having fun, not hurting anybody,” Dani explained. “Not doing anything bad to anybody else, just enjoying each other. It shouldn’t even be a discussion. It should be normal.”

Alli noted that it wasn’t a big deal with deckhand Sydney Zaruba hooked up with First Officer Gray King. Viewers also didn’t say anything when Dani kissed Jean-Luc for the first time. It was the moment when Alli and Dani made out that had fans outraged. Dani said she received “brutal” messages because she kissed a girl and she liked it.

They even noticed some of the negative comments about this season. Dani revealed that one fan tweeted that Below Deck Sailing Yacht is an awful season because of the constant hooking up. However, there are some fans who think it’s better than the previous one. Dani said that Below Deck has always been about hookups, especially with Malia White and her love triangle during Season 2 of Below Deck Mediterranean.

Was it the fact that the show had its girl-on-girl hookup among crew members that caused a reaction? Dani feels it’s because two girls hooked up this time that Below Deck Sailing Yacht viewers aren’t happy. It’s not the hookup itself, but who’s behind it. Alli added that not all the fans feel this way, but their hookup certainly has been discussed.

Once Alli knew the midseason trailer would air, she knew she would receive comments about her hookup with Dani. Some of the messages she received on social media were inappropriate in nature while others were just downright mean. Alli doesn’t feel that men wouldn’t care if she was kissing someone else.

“Yeah, people are still in the dark age about gay sex,” Daisy chimed in. “Or gay hookups.”

“Which is a shame,” Dani said. “It should be if two people are happy with each other. Happy doing whatever they want to do that’s like who cares.”

Most fans just want to know what caused the hookup to happen. The editing made it look as if it happened out of nowhere. Dani made it clear that she wanted to hook up, but Jean-Luc was too fixated on the crew making a mess on the deck. He wasn’t in the mood to get busy.

So, Dani took her attention elsewhere. That’s when she acted playfully on the crew and said she wanted to fun with someone. So, she kissed Alli in front of everyone and then dragged her into the guest cabin. Meanwhile, Jean-Luc continued to gripe as the two women got it on behind closed doors.