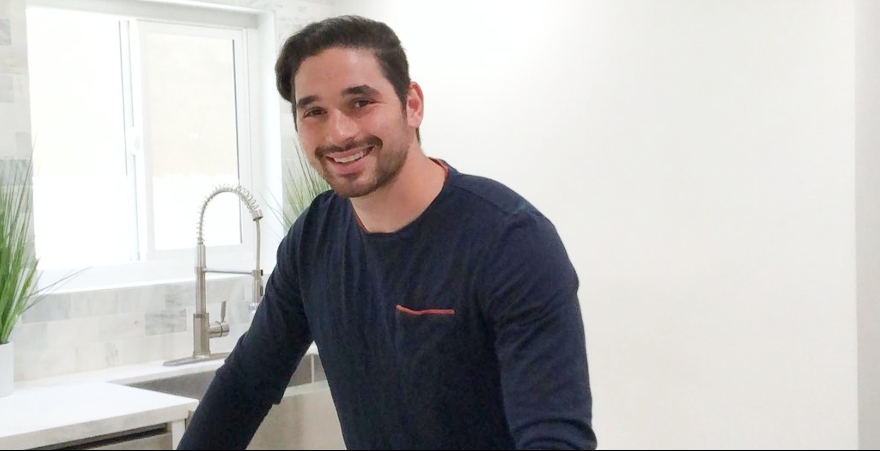 Dancing With The Stars fans know Alan Bersten as the charming Season 28 winner. He and former Bachelorette Hannah Brown captivated fans and went on to bring home the Mirrorball Trophy that year. Alan and Skai Jackson had a rollercoaster ride throughout Season 29, but still managed to finish in 5th place. But now, fans are growing a little concerned. Many are worried about Alan after hearing his vulgar-laced rants on TikTok.

Is Alan Bersten really a bad boy outside the ballroom?

According to Reddit, Alan Bersten has a terrible potty mouth

The 26-year-old dancer enjoys playing games like Call of Duty on Twitch so he can chat with fans and other players. But on Reddit, viewers are saying that his “trash talk” while playing is absolutely disgusting.

According to the Reddit thread, Alan will throw in off-color jokes and curse from time to time. Many say they feel mislead. Alan’s other social media platforms like Twitter and Instagram paint him as very mild and family-friendly.

“Yeah I stopped watching a few weeks ago when he called a teen girl chatter baby girl and told his chat why Brandon Armstrong is called Baby D. I’m like this isn’t the Alan I know and love,” said Robin_Sparkles1.

While it’s true Alan Bersten is a gentleman on the dance floor, fans need to keep in mind that ABC markets Dancing With The Stars as a family-oriented show. Performers are expected to behave a certain way during the competition season, so it makes sense that fans have a more wholesome view of him.

Other Reddit users say this is just typical gamer behavior

However, not everyone feels that Alan Bersten deserves this level of backlash.

“I haven’t watch his streams because I’m not really into the gaming world but I know that people tends to get more than intense and extremely heated when they play. I don’t think it’s fair to try to transcript what happens in this world on DWTS,” wrote Reddit user PemsRoses.

“…If it turns out Alan has a offending discours on this platform like homophobic or racist and anything like that he should absolutely be called out for it and potentially fired from the show. Otherwise when you look a little at those streams this is like condensed locker room talk.”

Excellent-Medicine29 added that profanity is pretty typical in gaming livestreams and that Alan’s language is actually pretty mild in comparison.

“Just cause Alan acts this way doesn’t mean he’s a bad person it’s literally not that big of a deal. And if any other pro did the same, I would feel similar. It’s whatever. Profanity isn’t for everyone,” they continued.

The ruling seems to be in Alan’s favor

In general, it seems the consensus is that Alan’s behavior on Twitch is a little crass, but not unforgivable. The majority of the Reddit thread seems to think that his language is fine. Most fans don’t have a problem with bad language as long as there is no racism, homophobia, or other words of that nature.

At the end of the day, cursing doesn’t seem like something ABC would take action over. Fans can probably still expect to see Alan Bersten return for Season 30 in the fall.

So what do you think? Is Alan Bersten really a bad boy, or is this just typical gamer talk? Be sure to let us know what you think in the comments.

Could There Be A TLC Birth Special For Jessa Seewald’s Fourth Baby?
Exclusive: ‘North Woods Law’ Returns To Animal Planet For New Season, Preview
‘Below Deck Sailing Yacht’: Alli Gets Emotional During Season 2 Reunion
Kim Kardashian Feeds Tiny Waist With Tacos In Lemon Yellow Bikini
‘OutDaughtered’ Fans Clearly Have A Favorite Busby: Who Is It?!