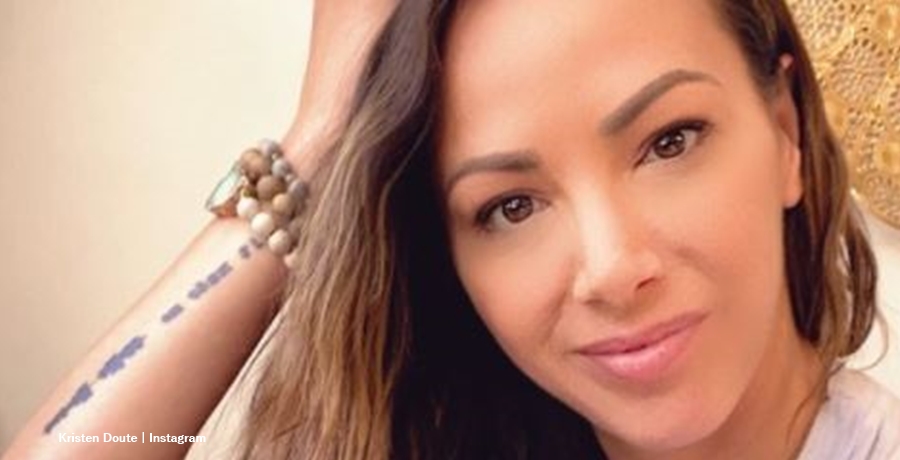 Vanderpump Rules alum Kristen Doute keeps her fans informed about the babies that her various friends produced recently. However, on Monday, May 3, she shared about a different kind of baby and fans really love it.  Her photo revealed her with an animal and she confirmed with her followers that it’s her very favorite. Of course, fans know she wants a baby of her own. For now, it seems other people’s babies and cute animals stand in as surrogates.

Bravo fans know that Lala Kent, Scheana Shay, Brittany Cartwright, and Stassi Schroeder were all pregnant within months of each other. Stassie and Lala’s babies arrived safely, as did Brittany’s son. Meanwhile, Sheana Shay’s baby arrived on April 26. So naturally, Kristen now thinks about her own baby. Unfortunately, fans heard back in January, that she experienced some problems with her cycle. She hopes for a baby but works with her doctor towards that dream.

In the meantime, Vanderpump Rules alum Kristen loves engaging with all the other new babies. Monsters and Critics reported that she shared tender moments with Lala’s child, Ocean. Plus, she shared that she met “Brittany Cartwright and Jax Taylor’s son, Cruz.” Certainly, it seems like these babies really create a bit of Baby Fever for Kristen. However, for now, she took a break from that and visited some other babies this week. Her photo that she shared on Instagram looked very sweet, Bravo fans agreed.

Vanderpump Rules alum Kristen shared a cute photo of herself and she tagged it as taken at Lion Country Safari. Next, she wrote, “just like heaven. 🦒.” Well, from the icon, you can assume that she met a giraffe. Yes, she did, and Bravo fans loved the photo. One follower commented, “They’re my favorite!!!” Well, replying, Kristen said, “ME TOO.” All in caps shows she really likes them a lot. Other fans also agreed that they also think the tall animals from the African savannah seem very special.

Really, it’s no wonder that people like Vanderpump Rules alum Kristen adore them. After all, they seem impressively stately and reach a height of up to 18 feet tall, (5.5m). However, they seldom become aggressive and come with huge and beautiful eyes. Their eyelashes are something humans can only dream about. At birth, after a pregnancy of 15 months, the baby arrives with a weight of about 220 lbs. Growing up fast, they somehow never lose their cute appeal. At least the giraffe that Kristen met probably enjoys a long life. In the wild, nearly half of all baby giraffes die from attacks by predators.

What do you think about Vanderpump Rules alum Kristen Doute choosing the giraffe as her favorite animal? Do you think they’re really nice animals? Sound off in the comments below.