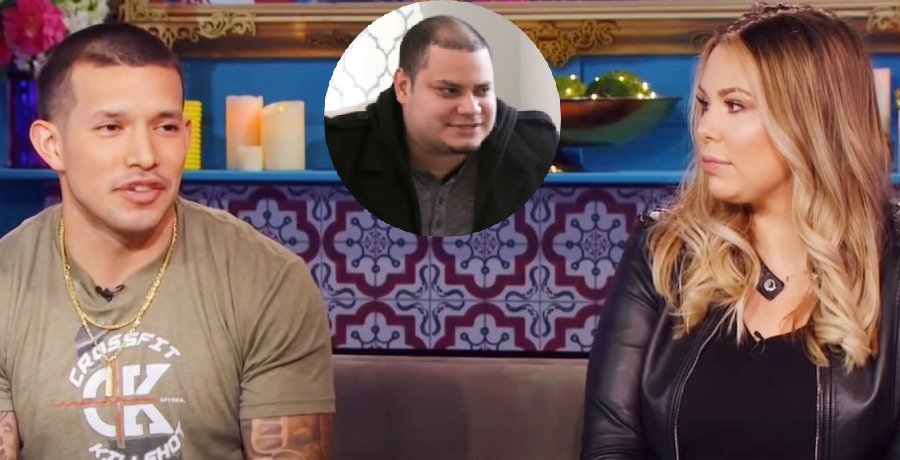 Teen Mom OG and her exes Jo Rivera and Javi Marroquin may be officially parting ways. However, it isn’t what it looks like. According to a recent US Weekly article, these baby daddies just don’t want to be a part of filming Teen Mom anymore. Keep reading to find why Jo and Javi don’t want to be on camera anymore.

About Teen Mom Kailyn Lowry and her baby daddies

Fans may remember that Kailyn Lowry and Jo Rivera began their reality television journey on the MTV franchise Sixteen and Pregnant. During filming, Kailyn gave birth to Isaac, 11. Ultimately, Jo and Kailyn don’t work out. Kailyn goes on to marry Javi Marroquin. Together they have Lincoln, 7. From the looks of US Weekly’s article, Kailyn’s third baby daddy, Chris Lopez may not have a problem with being on camera. Together, Kailyn and Chris have Lux, 3, and Creed, 9 months.

Ultimately, it appears that decision for Jo and Javi to decline to appear on Teen Mom comes from a good place. The parents want to “attempt to raise their kids together without cameras.” However, fans of the show can probably imagine that Javi’s drama with another Teen Mom star, Briana DeJesus, may also play a role in his decision-making process about whether or not to continue with the MTV franchise.

Everyone chooses to put the kids and co-parenting first

Kailyn shares with the outlet that the decision ultimately boils down to how all the parents want to co-parent the children. Additionally, fans may remember the vow Kailyn made in November 2020. She shares that she’s not going to fight with her sons’ fathers anymore. This declaration came on her podcast Baby Mamas No Drama which she co-hosts with Jo’s wife, Vee Rivera.

Undoubtedly, the vow flows over into this season of Teen Mom. Kailyn explains the process for filming without Jo and Javi. “I think this season I tried really hard to kind of keep a lot of things private, only because none of my kids’ dads really want to film. So I tell my story kind of without a whole lot of that, but we’re doing OK.”

Furthermore, there doesn’t seem to be cause for concern about any baby daddy drama. She notes that her relationships with the dad are “all a work in progress.” Apparently, there are still a lot of ups and downs with her co-parenting dynamics. “We have really, really good periods of time and then we’ll hit a bump in the road. I think all of them are the same way.” Notably, it doesn’t seem to matter the length of the co-parenting relationships. Even after 11 years of co-parenting with Jo, she admits that they’re “still a work in progress.”

Are you surprised to learn that Jo Rivera and Javi Marroquin don’t want to be on Teen Mom anymore?

What Happened To ‘Return To Amish’ Star Jeremiah Raber’s Father?
Lilah and Jackson Roloff Like You’ve Never Seen Them Before
Did ’19 Kids And Counting’ Get Pulled On Amazon & Apple?
Emmy Medders ‘Rollin With’ Emotions After Split From Chase Chrisley?
‘LPBW’: Matt Roloff Makes Amy An Offer She Can’t Refuse… Or Can She?