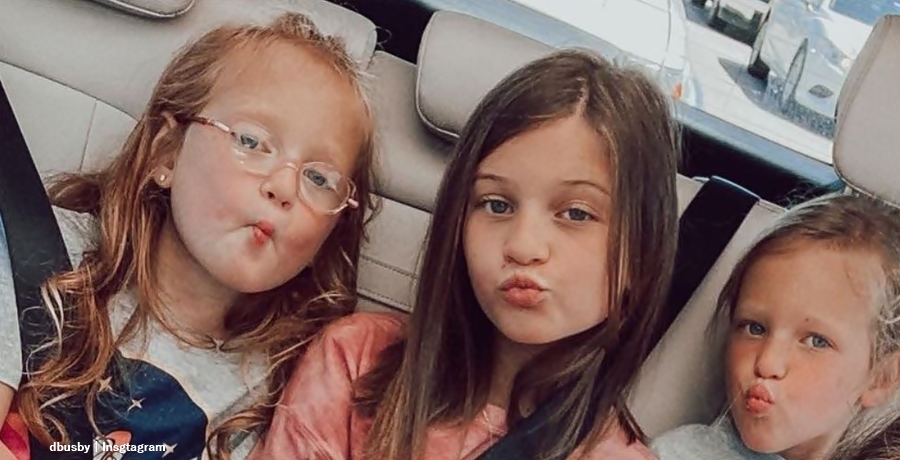 OutDaughtered star Dale Mills always jokes around with everyone in the Busby family. Even his wife and other relatives don’t escape him poking fun at them. TLC fans love him because no matter how serious people seem, he always finds something to laugh about. Actually, he often pops up in Danielle and Adam’s Instagram posts. Now, he pokes fun at Blayke who just got her braces fitted.

TLC fans who don’t really know Danielle’s brother-in-law all that well sometimes take his joking the wrong way. So, fans who know him know he didn’t troll on a child when he heard about Blayke’s braces. In fact, Danielle Busby said she anticipated it. We previously reported that fans went off about the quints sitting in front of the cameras so much. In one photo, shows Hazel and Olivia and Olivia fed Hazel her lines. Well, in all the slamming and bickering about it, Dale popped up. Siding with Hazel, he said, “Olivia is the last person I would repeat anything from… #shecray.” Quickly, his banter stopped the critics.

In November last year, fans heard that Blayke’s orthodontist removed two teeth for braces. The fitting of braces comes after the removal of the teeth. Now it happened, OutDaughtered star Dale Mills poked fun at her. One fan thought he was horrid in Danielle’s post about it. The fan chided him, saying, “yo uncle doofus be nice.” Then the fan told Dale that braces help with closing gaps between the teeth. Other fans pointed out he just joked. Danielle Busby seemed fine with it. She said, “I KNEW that was coming! I almost put that hashtag on my text so I did it #first haha.”

In the post where OutDaughtered star Dale Mills poked fun at Blayke, Danielle said, how fast she grows up now. At the age of ten, her orthodontist fitted new braces. Additionally, she “went with RED for the bands. 😁” The TLC star admits her “baby girl” seems nothing like a “baby anymore.” Many TLC fans responded in the comments. One of them said, “She looks beautiful with braces!” Another fan agreed, noting the “red brightens up her whole face! ❤️”

Taking a different approach, OutDaughtered star Dale Mills quipped, “Brace face!” However, he offset that by adding this hashtag: “#loveyaB.” No doubt, young Blayke Busby ends up teased a lot by him. Nevertheless, Dale knows when to stop. So, he probably eases up if it upsets her. One fan said, “you so bad Uncle Dale!!! Lol jk You are such a fun and crazy uncle. Love it. 👏🏻👏🏻👏🏻👏🏻👏🏻.”

What are your thoughts about OutDaughtered star Dale Mills poking fun at Blayke Busby’s braces? Sound off in the comments below.