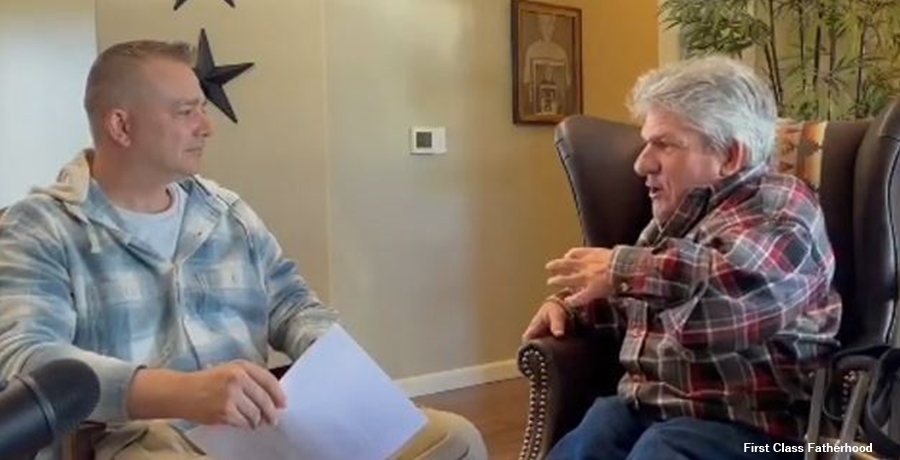 Matt Roloff opens up to Alec Lace in a deep interview on the First Class Fatherhood podcast. It airs on Monday, May 10 ahead of the Little People, Big World Season 22 premiere. We received an exclusive about the content and you don’t want to want to miss it. If you don’t know, Alec Lace interviewed the likes of Matt Roloff, Jon Gosselin, and Adam Busby in the past.

Alec Lace built up a reputation for extracting the “real” from reality TV stars. His podcast focuses on the importance of fathering children. We reported in April last year, that he once interviewed famous faces, including Tom Brady. Mostly, the talks revolve around parenting, grandparenting, and other family aspects of their lives. Last year, he interviewed Bravo’s famous face, Andy Cohen. It also featured little Ben in his jammies.

Matt Roloff and people like Jon Gosselin seem to open up to Alec way more than on other glitzy platforms. So, it’s always worth watching. Speaking with Alec Lace on Monday, May 3, he told us, “I’m dropping the teaser on May 4 on social media. It airs on May 10, the day before the Little People, Big World Season Premiere. We go pretty deep!!” The interview runs as a one-hour special. Filmed at Roloff Farms live, Alec and the Little People, Big World patriarch talk about things you wouldn’t usually get the answers to. The video promises “some shocking revelations.”

Dying to know about Jacob’s incident?

It looks like Matt Roloff dishes about Jacob Roloff. Possibly, TLC fans hear more about his claim of molestation. Of course, like any teaser, it cuts and splits from subject to subject. They also talk about Tori briefly. Additionally, the show covers some of the “rumors” out in the tabloids. Actually, Matt says “this is the fun part of the conversation.”

In fact, he looks keen to spill some tea and clear up rumors all at the same time. When you watch the First Class Fatherhood podcast, expect to hear Matt talk about what he would “miss the most about the farm.” He also talks about the “legacy” he leaves behind.

Alec says that if you enjoy Matt Roloff and his family on TLC, “You’re gonna love this interview.” Some of it goes into “heartbreaking details,” and others reveal things you “never heard…before.” So, if you really want the tea before the Little People, Big World premiere, be sure to watch out for it. You can check out Alec Lace’s Linktree so you don’t miss it. Or you can bookmark his podcast HERE. Alternatively, subscribe to his YouTube.

Here are some screenshots for this exclusive interview with Matt Roloff. Remember, it airs the day before the premiere of Season 22 of Little People, Big World.

Remember to check back with us often for news, spoilers, and tea about Matt Roloff of TLC’s Little People, Big World.