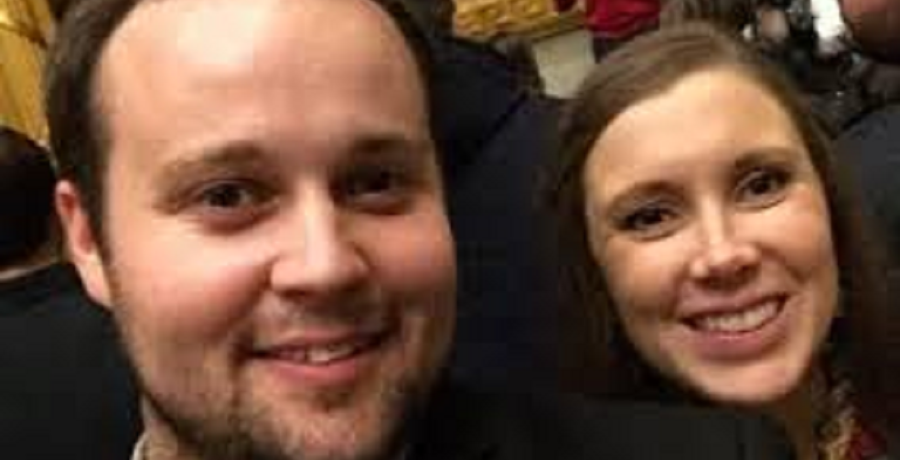 19 Kids and Counting alum Josh Duggar is currently behind bars at an Arkansas state detention center. He is currently there without bail. In the meantime, more details have come out regarding the charges against him. One of those counts includes receipt of child sexual abuse material and one count of possession of child abuse material.

The U.S. District Court in the Western District of Arkansas filed the grand jury indictment. In between the dates of May 14- May 16, 2019, Josh “knowingly received” child sexual abuse material. This revelation comes out days after his wife Anna Duggar announced that she’s pregnant with their seventh child.

Anna Duggar left on her own

On Friday, April 30, Josh Duggar appeared in court via Zoom because of the ongoing COVID-19 pandemic. He pleaded not guilty to two felony counts against him. So far, bail has not been set for the former TLC star. According to U.S. Chief Magistrate Judge Erin L. Wiedemann, Josh will have to find a “residence where there’s no minor in the home.”

That means he cannot return home to his family. Not only is he forbidden to be in the presence of minors, but he also cannot be in the same room as his own children. Josh and Anna have six children with another on the way. Due to the recent news of these alleged crimes, he will have to find another living situation while the case is ongoing.

The timeline is a little fuzzy

This is where it gets a little complicated. The dates of his crimes match up to his family milestones. Just weeks before Josh Duggar allegedly received and possessed child sexual abuse material, he and his wife made an announcement on social media. It’s as if Josh and Anna wanted to brush this dark news under the rug.

“We are so excited to announce that we are expecting a new little one!” Anna wrote on Instagram. “As we watch our children grow and thrive – we look forward to baby six joining us this fall!”

Their last child, Maryella Hope Duggar, was born on November 27, 2019. What’s more concerning for fans, their family continues to grow. The couple announced that they’re expecting a little girl just days before Josh was arrested.

Josh Duggar is in jail for the time being

Josh Duggar has a long history of darkness and sin. As a young teenager, he sexually abused several members of his family. This led to the cancelation of 19 Kids and Counting, which has been rebranded into Counting On. However, this isn’t the last time that Josh has brought disgrace to his family.

He’s also been caught cheating on his wife and been involved in a series of lawsuits. While some fans claim that Jinger is the rebellious Duggar, Josh is the one with the difficult past. Jim Bob and Michelle Duggar received backlash for the way they brought up Josh and his siblings. Check back with TV Shows Ace for more news on Josh Duggar.

Colton Underwood Slams Fans For Asking About His Personal Life
Does Ivy Seewald Have A Future On ‘American Idol?’
‘When Calls The Heart’ Season 8: Why Didn’t Rosemary, Lee Start Family?
Will Dr. Joe Park Join Other Singles On ‘Bachelor In Paradise?’
‘Bachelor’ Colton Underwood Reveals If He’s Single Or Taken