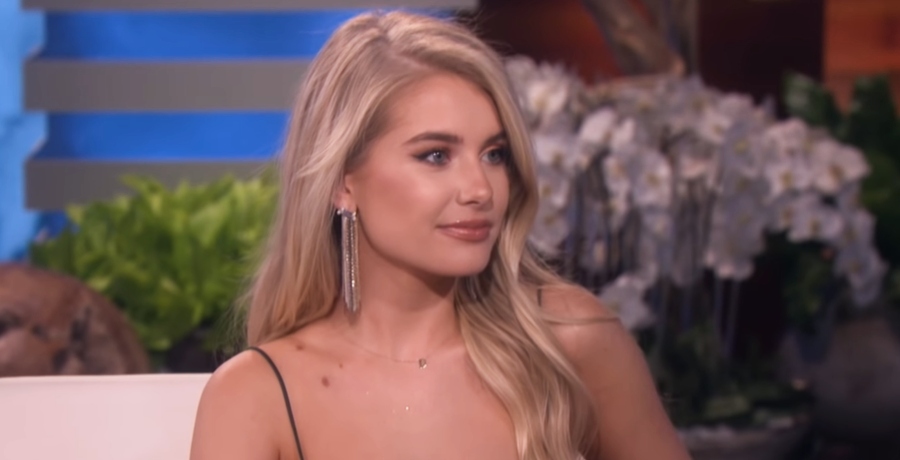 Demi Burnett didn’t take Reality Steve’s apology as sincere. She said she’d have more respect for him if he just admitted he had been creepy. She says he knows the power dynamic he has over those in Bachelor Nation. With a loyal army of followers he feeds spoilers too, he knows that power. When he apologized and said he didn’t realize he had power, she called B.S.

She claimed he made an unwanted sexual advance towards her when he told her about a sex dream he had. When he allegedly told her about the dream she didn’t know how to react. She said, “it was very uncomfortable, so whenever I’m on the phone with him and he’s telling me this stuff, I’m just like, ‘Haha, oh my god, that’s so crazy.'”

According to E !News on the Talking it Out podcast, Demi Burnett said Steve played dumb about the power dynamic. Part of his apology said, “I can’t be sure if someone actually wants to talk to me or not.”

She said, “for him to say he doesn’t see the power dynamic, I’m like, you’re not dumb, dude. You’re not dumb. You’re clearly very smart, very calculated. You know what you’re doing.”

Getting In Good With Him Kept Him From Gossiping

Demi Burnett said she set out to get in good with Reality Steve. She said she understood him thinking they were friends. Burnett said, “I am so nice that people mistake it for more than just being nice and friendliness.” Demi said she wanted him to stop saying terrible things about her.

She said, “the second that I gave him the time of day just to, like, have peace with him I guess, have a… friendly relationship, so maybe he would stop talking about me, he stopped saying nasty things.” She said becoming friendly with him worked. He stopped gossiping about her. She says this shows he knows the power he holds over them.

She Wasn’t The Only Contestant To Say Something

Steve said he wants to learn from this. He wants to learn, “not only about individual interactions with females, but also this power dynamic that she brought to light.” Steve said that isn’t how he wants to operate. The blogger said he’s never tried to be manipulative.  He also stated he will no longer have personal relationships with the contestants, as it breeds trouble.

This came after Kristina Schulman said he contacted her about guys she would be dating to let her know all the dirt. She said these were things she didn’t need to know and it didn’t allow her to get to know them on her own.

Do you think Demi should have accepted Steve’s apology? Comment with your thoughts down below.