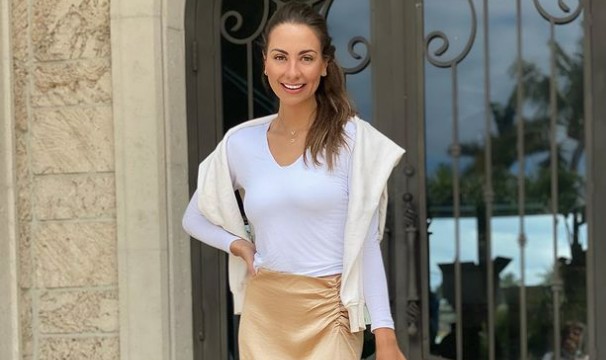 Former Bachelor Peter Weber and Kelley Flanagan broke up just before the new year. Fans thought these two would make things work. There were talks of reconciliation when they were seen hanging out, but then that also vanished. Kelley and Peter both say they’ve moved on, but Kelley’s latest comments make her seem somewhat bitter. Keep reading to find out what went down.

US Weekly shared all about Kelley’s comments on Instagram. Many fans were somewhat taken aback when Kelley posted on the Bachelor_Dishes_the_Dirt Instagram account that featured a photo collage of Peter with two women. One woman is Nickelodeon star Victoria Justice. The other woman in the picture was Renata Sanfilippo, an actress.

Kelley wrote a comment under the photo and said, “A good family friend of mine … nice.” Many who do not know the backstory immediately assumed it could be Victoria that Kelley was referring to. It wasn’t. Apparently, it was Renata that Kelley was talking about.

Many fans told Kelley she shouldn’t waste her breath and time on Peter. Others commented on her need to move on. Still, others commented telling her she sounded a little angry. Other fans said both friendships were platonic and no big deal. 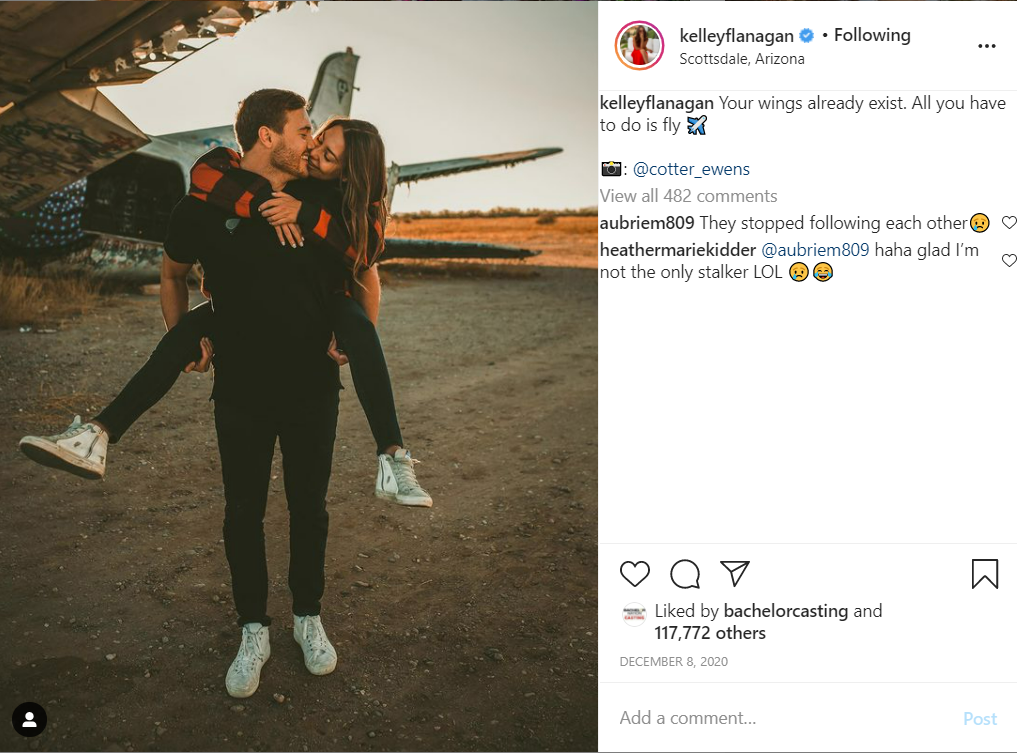 Fans who have followed Peter’s journey as The Bachelor learned a little about his outside friends. One friend is Victoria Justice. The Victorious star previously shared a post about Peter and was quick to shut down any potential rumors. She said, “So great catching up with you today @pilot_pete !”She continued, “For those of you who watch the Bachelorette, I’m sure you know Peter. We’ve been friends since I was 9 back in Florida & our moms are good friends (so let’s not start any crazy rumors ha).”

As for Peter and the other lady, nobody really knows, but many speculate it’s just friendship as she is married.

Peter moved to New York City this year and Kelley is set to do the same soon. Originally they were going to move there together. That all changed when their relationship ended. However, Peter says he wishes nothing but the best for Kelley. Plus he says running into her on the streets of New York won’t be an issue.

Peter said, “We don’t talk, but if we do [run into each other], I’ll be OK with it. You know, I would love to see her.” He continued, “It might be a little weird, obviously. … I honestly would love to have a friendship with Kelley if that’s ever possible, you know, if she does come to the city, that would be, in my opinion, the best-case scenario.”

What do you think about Kelley’s dig on Peter and his photos?

‘Seeking Sister Wife’ Dimitri and Christeline Married?
‘Days Of Our Lives’ Two Week Ahead Spoilers: Eric Devastates Nicole – Chanel Makes A Move
Zac Clark Says No Regrets Over Crying Moments On ‘The Bachelorette’
Will Josh Duggar Be Kept Away From His Seven Children?
Demi Burnett Doesn’t Back Down On Reality Steve