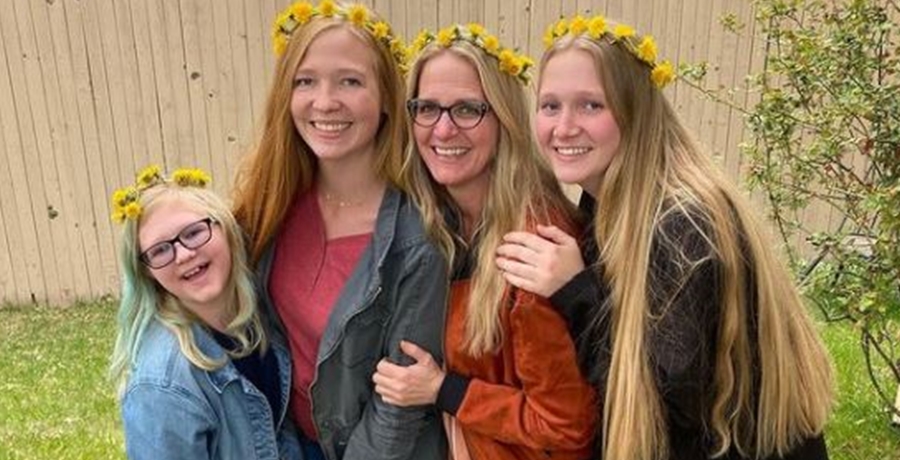 Christine Brown’s family members heave a sigh of relief as they lost a special friend close to Truely. However, they found her again. Zelda joined the family and Truely shared the cutest photo of herself twinning with her. It came soon after the now-famous scene in Sister Wives where Truely told her dad, “it’s my body and I decide what to do with it!” Now that Zelda the cat came home, the family sounds ecstatic.

We reported in January last year, that Kody’s third wife tagged a photo just after Truely’s birthday. It revealed Truely wearing some cute little cats ears on her headband. In the caption, it said, “I’m twinning with my cat in this cat ear headband!! 💕😂”  Lots of people responded as she really went at her dad after he pushed her too hard when learning bike-riding. Beyond her limits, she finally hit back. So, plenty of TLC fans loved that she knows her boundaries.

Actually, that probably resulted in Sister Wives fans freaking out a few months later. In June 2020, Christine Brown’s family came under fire. After all, they supposedly love animals, but she shared a bizarre post. Redditors got ahold of it and tore into her. In it, she wondered what animals people wished drowned in “Noah’s Ark.” She also wrote, “Let’s be honest, I trust God but I think some animals should have been left behind!” Blasted for hating animals, some people pointed out that she might have just tried a “shock tactic.” Actually, sometimes, this tactic helps boost MLM with LuLaRoe. However, it backfired and clearly, she really likes animals.

TLC fans adore Truely out of all of Christine Brown’s family. That might stem from the fact they saw her nearly pass away at the age of three. Recall, she needed up in a hospital after she suffered from dehydration and kidney failure. The Sun reminds fans that she “didn’t respond to the treatment.” However after 11 days, she finally went home.” So, Sister Wives fans no doubt feel happy as her missing cat Zelda came home again. On Instagram, Christine shared a photo of Zelda tucking into a feed.

In the caption, Christine Brown’s obviously happy that the family pet came home on its own. The photo reveals Truely kneeling down next to the beloved cat. She said, “We couldn’t find Zelda for a couple days but she’s back and we’re so relieved!” Then, in the hashtags, the Sister Wives star also added, “#petsreturnhome,” “#kids,” and “#relieved.”

One TLC fan said, “thank god!!!!🙌 nothing…worse than missing a loved one! ❤️” However, some fans chided Christine Brown’s family for allowing their beloved pet to go outdoors. Some people who live in other countries seemed curious in the comments. After all, where they live, they might get a visit from the animal cruelty people if they lock their animals inside all the time.

Are you happy that Christine Brown’s family reunited with their beloved Zelda? Sound off in the comments below.