On YouTube, Carlin Bates and Evan Stewart uploaded a new video. The video is titled “Izzy’s GONE… Layla misses her!” While many fans are happy to watch the videos the couple shares, some Bringing Up Bates viewers are worried about the strategy they used this time. Based on the title and the photo used as the cover of the video, it seems like a heartbreaking video. It makes people wonder whether the family got rid of their new dog, Izzy.

In reality, the dog is simply at the groomer for a few hours. Since the family added their dog to their household, she’s become best friends with Layla. So, the toddler is sad that she’s out of the house for the day. Of course, viewers think the title makes the video seem worse than it actually is.

On a subreddit about Bringing Up Bates, fans and critics of the family are discussing Carlin and Evan’s latest YouTube upload. In the thumbnail, Layla is obviously upset. That, paired with the title, makes it seem like something serious happened.

Here’s what a few of the family’s followers are saying about the new video:

One Reddit user points out that “the more clicks on the video the more money they make.” So, it’s possible that Carlin and Evan were just trying to get more attention on their video and used a clickbait title and thumbnail to make it happen. This isn’t an uncommon practice among other content creators on YouTube. By creating titles and thumbnails like these, plenty of people end up clicking on them.

Some of Evan and Carlin’s other videos have similar titles. For example, one is titled, “We can’t handle the tears.” Fans hate to see them use their child for profit like this. 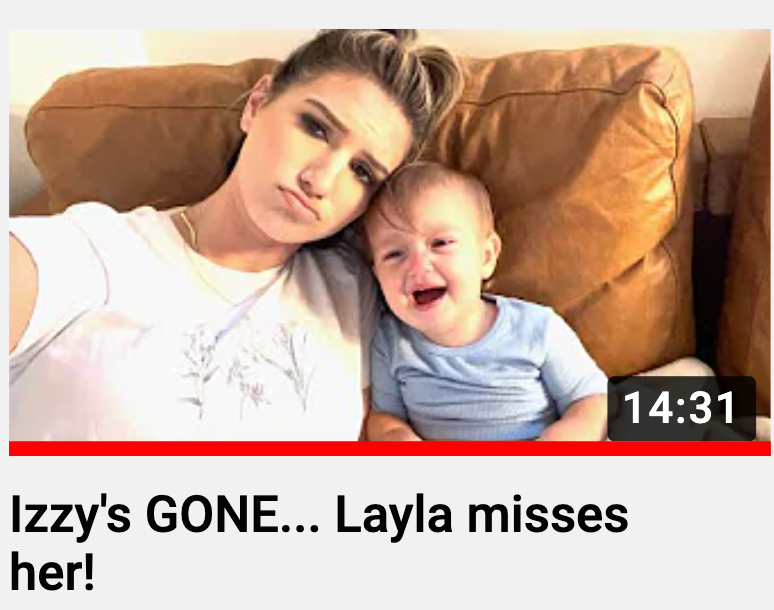 So, do you think Carlin Bates is using her daughter’s sadness as “clickbait?” What are your thoughts about the video? Let us know in the comments below.

For more updates on the Bringing Up Bates family, check back with TV Shows Ace.