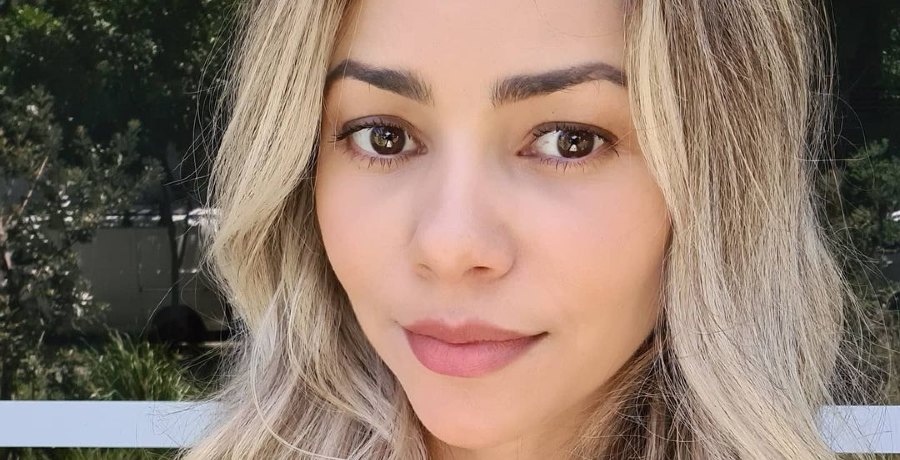 A lot has changed for the Below Deck Sailing Yacht star. Dani Soares is sharing the details about her pregnancy. Just don’t expect her to reveal the paternity, the baby’s gender, or the due date. For the most part, she’s kept quiet about her pregnancy even if she’s opening up more about it.

The yachtie has some regrets about what she did during the season. However, she wouldn’t change anything for the world and wouldn’t look back. In a new interview, she admitted that her “drunk days” are over. Dani admits she’s living a “different life” than what’s portrayed on the show.

Dani Soares is no longer partying and drinking

The Below Deck Sailing Yacht star talked about her pregnancy. The 33-year-old feels differently these days now that she’s no longer on the Bravo series. Previously, the stew hinted that she might leave the show. Though Dani feels that she should “never say never” to anything that’s happening in her life.

“I just can’t believe [how much] there still is to come this season. Honestly, every episode is just so much going on!” Dani told Us Weekly. “It just honestly feels like a different life at the moment because my life is just so different now. It feels like a completely different person.”

Last month, Dani shocked fans when she announced that she’s expecting her first child. In her Instagram post, she wouldn’t reveal the baby’s father. Some fans believe that it’s Jean-Luc Cerza Lanaux. Dani and JL’s relationship is currently playing out on the show. The former yachtie admits it’s weird to watch herself on the screen since her life is so different these days.

“I’m going to be a mom. I’m just having a normal job. I’m going to school,” Dani said. “Those drunk days on a yacht I guess, they are over for me now. I don’t even have any family here in Australia and I’m here by myself so it is — not even after the baby’s here [will] I be able to drink. So those days are definitely behind me for now, at least.”

Would the Below Deck Sailing Yacht star have done things differently?

In her interview with Us Weekly, Dani revealed that there are “things I could have done better” during the charter season. That doesn’t mean she’s going to live her life with regrets. The Below Deck Sailing Yacht Season 2 star said it was “so much fun” to work with the new friends she made.

She also confirmed that she kissed fellow stew Alli Dore to make Jean Luc Cerza Lanaux jealous. Since she drank so much she doesn’t remember what happened. On Monday night’s episode, fans were confused when Dani and Alli snuck off to the guest cabin together. Looking back, Dani is comfortable with how it played out.

“I mean, Alli’s gorgeous, you know, and for me, if people are having fun and you’re not upsetting anybody, it doesn’t matter if it’s a boy or a girl,” she said. “We were just having fun and that’s it.”

The television personality didn’t expect the new Parsifal II team to “be such a great crew.” They’re all good friends to this day. Dani thought the show would be more about the drama rather than friendships and hookups. The cast is still in touch with each other since leaving the sailing yacht.

Dani said she’s still “really close” to Alli, Daisy Kelliher, and Natasha De Bourg. She also still talks to Colin Macrae and Sydney Zaruba. Dani calls the show an “amazing experience” and she would “definitely do it again” if the right opportunity strikes. Below Deck Sailing Yacht airs Mondays at 9 p.m. ET on Bravo.

Tammy Slaton Spills Season 3 Tea: Is She In A Living Facility?
CBS’ ‘Mom’ Series Finale Recap: May 13
‘Below Deck Sailing Yacht’: Is Dani Soares Having A Boy Or A Girl?
‘When Calls The Heart’ Fans Want Erin Krakow, Kevin McGarry To Make Hallmark Movie
‘Below Deck’ Drama: Why Ciara Duggan Is Feuding With Jessica More