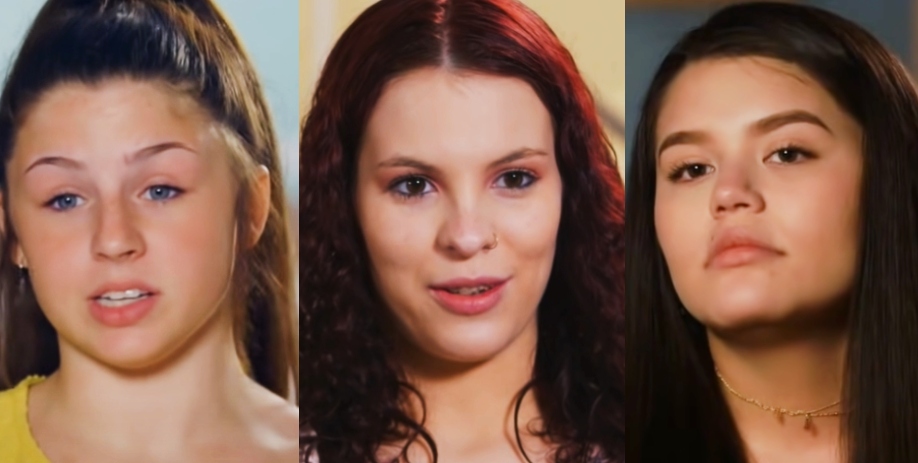 TLC’s show about teen parents is wrapping up Season 4. The season finale of Unexpected airs on Monday, May 3. One week later, the first part of the Tell-All airs and it is likely to be explosive. What kind of drama from the mamas can fans expect?

Unexpected follows a cast of teens from early in their unexpected pregnancies, until birth and beyond. Season 4 of the reality show saw Myrka Cantu, Jenna Ronan, and Lilly Bennett give birth. Lilly was actually part of Season 1 of the TLC show.

During Season 4, she is pregnant with her second child. In the episode airing April 26, viewers watched as she gave birth to an unresponsive baby. The IMDb website has episode descriptions for the May 3rd finale and the May 10th episode.

According to description for May 3rd, “Lilly and Lawrence [baby daddy #2] bring their new baby home.”

Other drama involves Tyra Boisseau and Alex Wilson. Viewers were devastated to find out that Alex was cheating on Tyra. Fans of the show who follow them on social media know that they are no longer together. In fact, Tyra called out her fans for trying to ruin Alex’s new relationship.

However, the IMDb episode guide says that “Tyra and Alex part ways” on the season 4 finale. So, it sounds like fans will get a front-row seat to their break-up.

What about Myrka Cantu and Ethan Ybarra? The duo are still together IRL but are involved in the end of another relationship in the season finale. The episode description teases that Ethan’s mom, Michelle, has “devastating news” to share with Ethan and Myrka. Could that news be her split from Ethan’s dad?

Fans will have to tune in on May 3rd to find out what goes down, but the drama doesn’t end with the season finale. A multi-episode Tell-All will likely reveal more drama.

Unexpected Tell-All Saves the Drama For the Mamas

Last month Myrka Cantu took to her Instagram to interact with her followers. During a Q&A chat, one follower asked if Myrka is still close with Ethan’s mom, Michelle. Recall – Myrka’s mom kicked her out after learning of her pregnancy. Ethan’s parents took Myrka in for a time.

In response to the question, Myrka said she isn’t close to Michelle these days. That opened up an avalanche of questions from fans about what happened. For the most part, Myrka remained mum, promising all would be explained after the Tell-All airs.

IMDb has a description for part 1 of the Tell-All. If the information is correct, “Tensions are high as Myrka and Ethan confront Michelle for kicking them out.”

The drama between Tyra and Alex isn’t quite over yet, either. According to the preview, Alex “walks off set” during filming.

Myrka Cantu Expresses Displeasure With Editing – Will She Return?

During her Q&A sessions with followers, Myrka Cantu is not shy about expressing how much she hates being on the show. As it stands now, she does not plan on returning for another season.

In fact, in her most recent Q&A, she let fans know that it wasn’t her idea to audition for the show in the first place. She doesn’t reveal who talked her into it.

It seems like Season 4 of Unexpected is ending on a dramatic note. The network has yet to reveal any plans for Season 5. If the show comes back, would you like to see Myrka Cantu back?