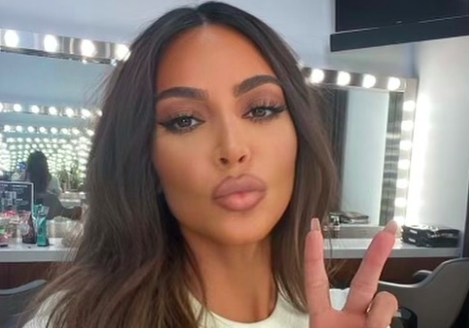 Kim Kardashian is moving past reality TV. Apparently, the star is set to be on Paw Patrol, a hit child’s television program – now turned into a movie.

Kim Kardashian may be done with Keeping up with the Kardashians, but that doesn’t mean she’s done on the big screen. People reveals that she will be on Paw Patrol: The Movie.

Normally, Paw Patrol is a show and lots of children seem to love it. This August though, it’s coming to the big screen instead. In the line up for the cast? None other than Kim Kardashian.

So, which pup will Kim be? She is actually taking on a role of a new dog joining the group. She is going to play a poodle named Delores.

Fans of the movie will have to wait a bit still to see a trailer unfortunately. Apparently, that will not come out until May 12. However, they have released the rest of the cast too including: “Marsai Martin, Tyler Perry, Kim Kardashian, Jimmy Kimmel, Randall Park, Yara Shahidi, Ron Pardo and Dax Shepard,” People reveals.

Honestly, this is a great cast. The movie is sure to do well between the amount of love the show already has and all the amazing actors that will be in it. It’s the perfect end of summer movie for adults and kids alike.

Of course, Kim has had more going on than just her time in Paw Patrol. She also recently divorced her long time husband – Kanye West.

However, fans are skeptical. Kanye was caught wearing his wedding ring. Could this be a sign that he still loves his ex-wife?

After the divorce, things got pretty messy. For a while, Kanye wasn’t even talking to Kim or answering her phone calls.

However, Kim has done her fair share of peaceful gestures too. She was seen wearing Yeezy shoes. Yeezy is Kanye West’s brand.

So, either Kim and Kanye have something sneaky going on, or perhaps they are just trying to show their children that they can still be friends.

Do you think Kim K is the right choice for this role? Will you be headed to theaters to see the movie when it comes out? Let us know in the comments below. Come back to TV Shows Ace for more news on all of your favorite Keeping up with the Kardashian stars.