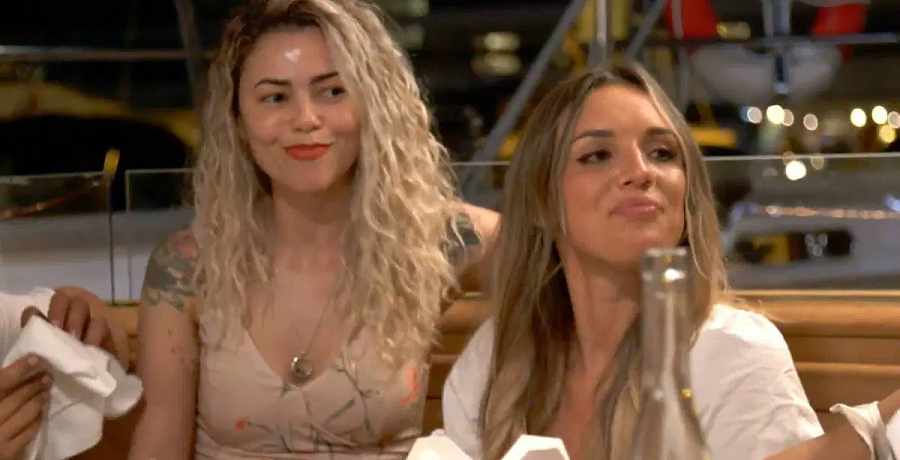 Below Deck Sailing Yacht fans are still buzzing about the midseason trailer. They’re waiting to see what happens for the remainder of the season. Season 2 has had a much more positive response compared to its inception. As TV Shows Ace reported, the sneak peek teased a possible STI and baby storyline.

There are also hookups galore. Fans are already seeing Dani Soares and Jean-Luc Cerza-Lanaux’s romance heat up. In the trailer, however, it looks like Dani has her eye on someone else. She’s seen making out with fellow stew Alli Dore. The women end up in the guest cabin alone together, leading some to wonder what’s really going on.

Does the Below Deck Sailing Yacht midseason trailer tease a love square?

There’s already a love triangle taking place on Season 2 of Below Deck Sailing Yacht. First officer Gary King is caught in the middle of deckhand Sydney Zaruba and Alli. Now, it looks like Dani wants Alli all to herself. Relationships are getting more complex as the season goes on.

However, this new hookup is unexpected. Fans didn’t see any chemistry between Alli and Dani in the beginning. Dani has teased about her alter-ego called “Drunk Dani,” and told viewers to watch out for her. Supposedly, her dark side leads her to make the wrong decisions.

“When I am drunk, I get touchy and emotional. When Jean-Luc [Cerza Lanaux] gets drunk, is he is just in himself,” Dani says in the sneak peek of the Monday, May 3 episode of Below Deck Sailing Yacht, per Us Weekly. “He is a little flower that doesn’t have water.”

This new clip shows Jean-Luc complaining about his fellow crew members. Dani wants him to forget about the drama on board, but he ignores her advances. So, she makes out with Alli Dore to make him jealous. The two even sneak off into the guest cabin, leading Jean-Luc and Gary to wonder if they’re going to go all the way.

Dani recently announced on Instagram that she’s pregnant with her first child. But she did not reveal any details about the paternity, her due date, or the gender of the baby. The Below Deck Sailing Yacht star has been coy about the details. Fans may have to watch the reason to season to find out if Jean-Luc is really the father.

The midseason trailer for Season 2 may have also teased Dani’s upcoming pregnancy.

“The more I get to know you, I like you more,” Dani tells Jean-Luc. “Let’s have sex tonight and if I get pregnant then that’s God’s will!”

During her latest appearance on Watch What Happens Live, Dani felt differently about their relationship. She admitted that it was just fun. Dani even said that Jean-Luc was “very nice” and “very respectful” during their time together. The sneak peek also shows Alli bragging about making out with Dani.

“I don’t know if that is a turn-on or a turnoff,” Gary responds.