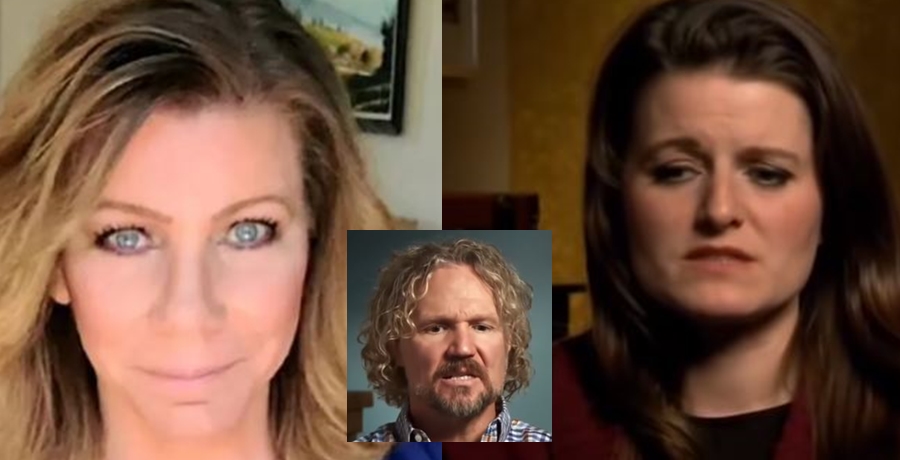 Robyn and Meri Brown rumors are discussed by Backwoods Barbi on YouTube this weekend. Often amusing, the upcoming influencer often talks about various reality TV shows. This week, she took a look at rumors that Robyn Brown might be pregnant. Additionally, she discussed rumors that Meri Brown keeps a secret boyfriend in Utah.

Robyn & Meri Brown rumors about pregnancy and a boyfriend

If you never listened to Backwoods Barbi, you missed often hilarious chats about reality TV stars. For example, in February, we reported that she broke down the scene where My Big Fat Fabulous Life star Whitney heard about Chase Severino’s baby arriving. As the rather dry-humored, realistic vlogger noted, “[Whitney] runs, into the monsoon to cry for hours.”

Actually, the vlogger also often drops some really good tea on shows like Real Housewives of Dallas. Now, she addressed Robyn and Meri Brown rumors. Often totally hilarious, her comments nevertheless reveal the gullibility of reality TV fans. Deprecating, casual, realistic, she points out obvious theatrics in the Sister Wives show. First, she focused on rumors that Robyn Brown might be pregnant. As she noted, rumors have been around since forever. And yet, she never gave birth to a baby.

Robyn and Meri Brown rumors often come with fans claiming the Robyn looks fatter or pregnant. Of course, as Backwoods Barbi notes, the last Sister Wives season propagated even more. However, these rumors continually arise on social media. Her take on it came as Robyn and Kody discussed another baby for “anything to keep that old TLC check going.” On the pregnancy rumors, Backwoods Barbi pointed out that Robyn “might be getting a little bit bigger, okay?”

Robyn and Meri Brown rumors often come from fans. One fan claimed that a friend overheard Kody and Robyn talking about their excitement for their new baby. As Barbi noted, they are under an NDA with TLC for Sister Wives. Terming it a “Hollywrited reality show,” it’s unlikely they just spill tea like that. Following on from that, she talked about how Robyn hardly goes anywhere. She probably sits at home rustling up lots of “snacks.” Additionally, Kody “likes a woman with some meat on her bones.” So, no, Barbi concluded it’s just a rumor and there’s no truth in it.

Backwoods Barbi continued her discussion on Robyn and Meri Brown rumors by talking about a secret boyfriend. On social media, someone claimed that Meri keeps a guy at Lizzie’s Heritage Inn. Well, Barbi questioned that. After all, people come and go to the BNB all the time. So, how could visitors know? It could be any “random” guy seen chatting with Meri. Actually, the Sister Wives vlogger hopes that a man who loves her features in Meri’s life. Noting that Meri makes like “Positive Patti,” she “deserves” a nice man.  After all, no “positivity” comes from Kody.

Hopefully, some truth sits behind the rumors. After all, Robyn Brown’s got her “happiness on lock” and she and Kody should just admit their monogamy.

What are your thoughts about these Robyn and Meri Brown rumors? Sound off in the comments below.