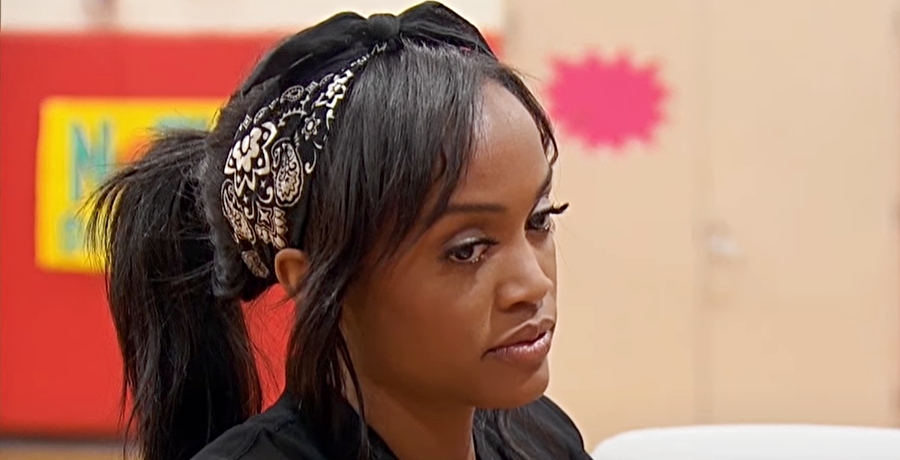 Bachelor Nation is a bunch of book-writing fools. The same is now true for Rachel Lindsay. She’s letting fans know she has a collection of essays coming out soon. She announced the book on her Instagram. Rachel said the essays are “about love, life, relationships, friendships.”

The title is called, “Miss Me With That.” In the description, she said it will have hot takes and hard truths. Lindsey told fans, “ya’ll know I won’t hold back.. I’m telling MY story.” The book will come out in January and can be preordered now.

What Else Did Rachel Lindsay Say About The Book?

According to the Bachelor Nation website, Rachel Lindsay shared more about the book on Extra, the show she works for now. She told Billy Bush it was a collection of her personal essays.

Rachel said, “I feel like my story has been told by so many other people on camera. Now, this is the off-camera version.” The former Bachelorette is stepping away from her podcast she co-hosts with Becca Kufrin on May 4. She said, “it’s been really great building this audience.” After the controversy surrounding the last year in the franchise, she’s made the decision to move on.

Rachel Lindsay had a ton of support from those women and men that share the world of Bachelor nation with her. Bachelor nation showed up in the comments for her in a big way. Pieper James said, “Oh my gosh!!!! Yay!!!!! Immediately going on the reading list.” Trista Sutter said, “so so happy for you!! Congrats Big (author) Rach!”

Fans were also thrilled with one saying, “the only Bachelor nation book I would even consider reading!” Another said, “you have such a great way with words, and I already know that this book is going to have so much wisdom in it!”  A third deemed her the, “hardest working woman from the franchise!” On Twitter, a fan said, “Us. The true fans, we love you. And I’m so excited for you. I know this book will be the quickest page-turner.”

Of Course, There Are Some Nay-Sayers

There were some people who aren’t supportive of Rachel Lindsay and her book. They were mostly on Twitter. One said, “you are one person who needs to just hold back their tongue. Who ARE you and why would anyone want to read your book!” Another said, “I am sorry, why is she writing a book? For dating 30 guys at the same time?”

A lot of fans are still blaming her for Chris Harrison’s hiatus. One said, “used to be a fan but you sure lost me with your self-righteousness and bullying.”  Will you be buying Rachel’s book when it’s available? Have you went to pre-order it? Comment with your thoughts down below!