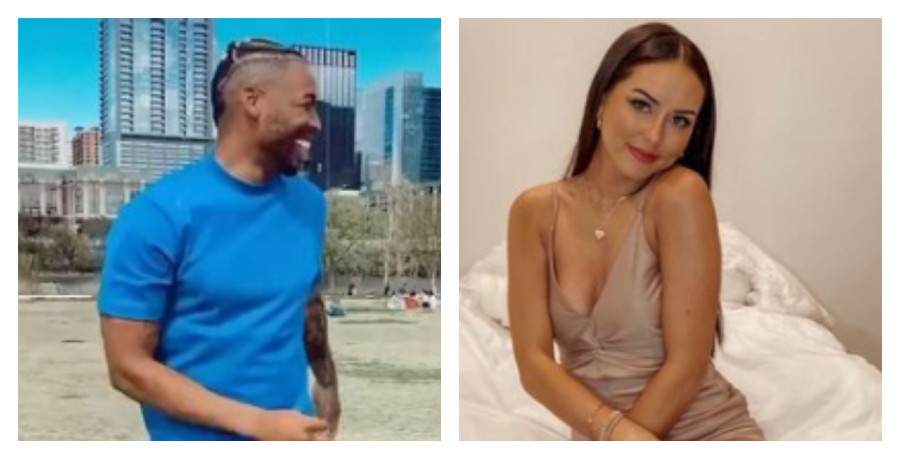 A weekend get-together by Bachelor Nation alums sparked rumors that Abigail Heringer and Mike Johnson might be dating. And fans are here for the adorable pairing. Why are fans shipping the two? And is there hope fans could get their wish?

If you’re not familiar with the names – Mike Johnson was a suitor on Hannah Brown’s season of The Bachelorette. He was also a fan-favorite pick for the first Black male lead on The Bachelor, a role that ultimately went to Matt James.

Abigail Heringer was a contestant on Matt James’ season.

A group of Bachelor Nation alums spent some time together over the weekend in NYC. Some of the alums hanging out included Bennett Jordan, Kit Keenan, Chelsea Vaughan, Joe Park, among others. But a photo shared on both Abigail Heringer and Mike Johnson’s respective Instagram Stories caught fans’ attention.

What does it mean? Are they just friends or is a romance brewing?

Remember His Flirty Tweet After Matt James Sent Abigail Home on The Bachelor?

Abigail Heringer was heartbroken when Matt James sent her home halfway through the dating competition. She made history as the first deaf contestant on the hit ABC show. Matt James didn’t seem bothered by her hearing loss, but ultimately didn’t feel a spark with the Oregon native.

During her exit interview, Abigail Heringer said something that resonated with a lot of viewers. She said that dating her makes men realize “what they want,” but what they want is never with her.

Mike Johnson felt that. He took to his Twitter after the episode aired to send Abigail Heringer his support. He offered to help her “find [your] forever.” His tweet gained a lot of attention, but it was never clear if Abigail responded to it.

The possible romance between Abigail Heringer & Mike Johnson was fully supported by fans. Nothing came of it at the time. And then Mike Johnson appeared in a steamy music video with Bachelor: Listen to Your Heart star Natascha Bessez.

The fiery chemistry sparked dating rumors. Natascha even admitted to having a crush on Mike, per Accept This Rose.

But Bachelor Nation fans are a fickle bunch. After the cozy photo of Abigail and Mike, the focus is back on them.

Bachelor Instagram fan page @bachelornation.scoop shared the photo with followers. The comment section was flooded with fans wanting to see a romance between Abigail and Mike. Check out some of the comments:

Could They Meet Up in Paradise?

Speaking of Bachelor in Paradise, the network has yet to reveal which contestants will be making their way to the beach. Filming is due to start next month, so it’s likely that ABC will announce names soon.

Abigail Heringer is on the fence about joining BiP. She’s been living her best life as a single woman in NYC. In fact, she was rumored to be working on a Sex and The City spoof with some of the NYC-based alums, including Chelsea Vaughn and Kit Keenan. However, that project seems to be dead in the water. More proof that Abigail Heringer is heading to Paradise?

While many fans are shipping Mike & Abigail, one fan wants another Bachelorette alum to sweep in and steal her: Joe Park.

Do you think there’s a chance a romance could spark between Abigail & Mike? What about Joe?

Bachelor in Paradise washes up on Monday, August 16. Join our Facebook group so you don’t miss out on the hottest Bachelor Nation updates.

Tammy Slaton Turns Off IG Comments: Did She Really Scam Fans?!
Lilah and Jackson Roloff Like You’ve Never Seen Them Before
Adam Busby Rolls Eyes As His Baby Boy Licks His Knee
‘American Idol’ Alum Doug Kiker Arrested – But It’s Not What You Think
‘Seeking Sister Wife’ Fans Slam Garrick For His Continued Treatment Of Dannielle