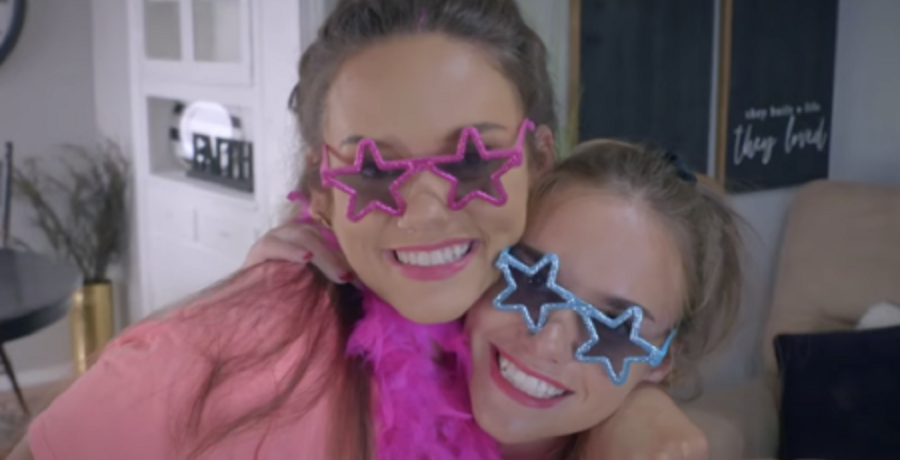 Extreme Sisters Brooke and Baylee have no regrets about their relationship. They don’t find it “crazy at all.” While they look like twins like most of the sisters on the show, Brooke is 24 and Baylee is 22. They exclaim that they do “literally everything” together. The sisters share countless things like the same bed, razors, and underwear.

Most people would be grossed out at this revelation. However, Brooke and Baylee find this normal. As TV Shows Ace previously reported, the sisters even shave each other’s behinds. The new TLC stars don’t care if viewers will criticize their bizarre relationship and lifestyle.

Brooke and Baylee have no regrets

The Extreme Sisters from Oklahoma City live their life together and without regrets. The two have shared a bed ever since they were children. If Brooke and Baylee were to spill any of each other’s secrets, they would start “World War III.” In an interview with Fox News, the sisters talked about their uncanny relationship. They revealed that they share a lot more than just secrets and sleeping spaces.

“A lot of people are shocked that we have shared underwear,” Baylee admitted. “It’s not that crazy at all. Sometimes you just have to grab and go!”

Don’t worry; it’s not dirty underwear that they share. The sisters feel that they’re not the only ones on (or off) the show who share underwear. Anyone else who says they don’t are only lying to themselves, according to Brooke. She also revealed why she loves filming Extreme Sisters.

“Oh my god, the thing I love about the show is that it shows the realness,” Brooke said. “So whether people want to admit it or not, they’re sharing underwear. If they’re saying they’re not, they’re liars.”

The sisters don’t get grossed out by sharing household items like razors and toothbrushes. Brooke admitted to using her sister’s toothbrush since she saw one lying around. Baylee agrees and said it’s “better than having bad breath!” Baylee then said that she “didn’t even know not sharing razors was a thing.”

Brooke and Baylee have been together for their “entire lives” due to growing up in a blended family from a young age. Their mother remarried when they were little. The newest stars of Extreme Sisters also share two other siblings, including one biological brother. However, it’s the two that have developed a close bond over the years.

“We’ve just been raised together our whole lives. We slept together in the same bed growing up our entire lives,” Brooke explained. “We came from a blended family and Baylee and I always got stuck together and I think that whenever that’s the situation you just grow so much closer. I know everything about her. She knows everything about me.”

The first episode premiered on Sunday, April 25. It revealed that their close-knit relationship can cause tension with their other family members. Brooke’s household turned upside down when Baylee moved in. She hid under the covers as she revealed that she was sleeping in the same bed as her sister and her husband, Denver.

Follow Brooke and Baylee’s journey on Extreme Sisters on Sundays at 10 p.m. ET on TLC.