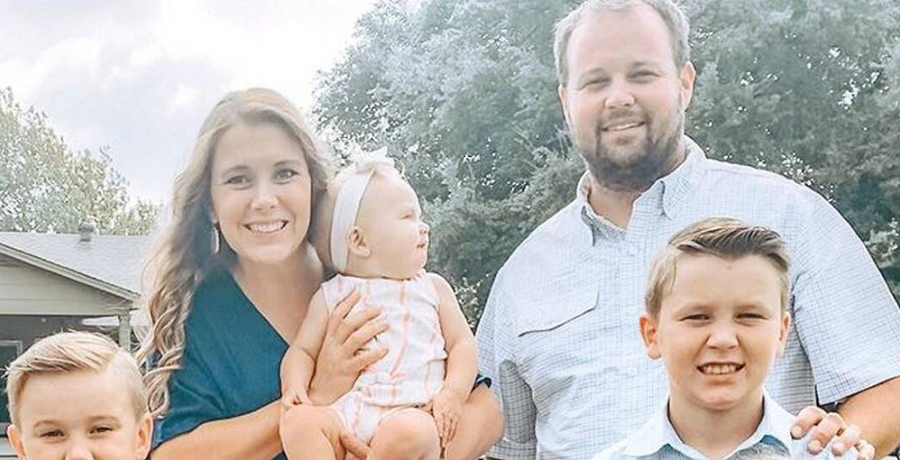 Yesterday, the gruesome details about why the feds arrested Josh Duggar surfaced. The 19 Kids and Counting star had his first court appearance. Fans learned he was arrested for allegedly possessing and receiving child sexual abuse material. As TV Shows Ace previously reported, the judge ordered him to stay away from minors as he poses a threat to them.

Does that mean he will have to stay away from his own children as well? Anna Duggar just announced that she’s pregnant with their seventh child. The couple appeared to move past his infidelity and other issues after his 2015 scandal. Now, it looks like she will be left alone with their kids.

Josh Duggar is currently behind bars for allegedly having child sexual abuse material. The Counting On star may not be able to return home to his wife and seven kids if he leaves jail. Anna Duggar is currently pregnant with their seventh child. She made the announcement before his arrest.

Josh pleaded not guilty to the charges. He has not yet received bail, which means he will remain behind bars for the time being. Per People, Judge Erin L. Wiedemann told Josh that if he’s released from Arkansas jail, he must move to a “residence where there’s no minor in the home.” While TV Shows Ace initially reported that Josh must stay away from all minors, this could also mean his own children as well.

The former television personality and his wife currently share six children, with one more on the way. The judge made it clear that he can’t be present at home with any of his children because of the charges. This means that his children may never see him again. Josh did not release any statements, other than understanding the charges against him.

On Friday, Josh Duggar tried to prove his innocence. His legal team released a statement to the media regarding the charges against him.

“Josh Duggar has been charged in a two-count indictment. He has pled not guilty to both charges and we intend to defend this case aggressively and thoroughly,” said his attorneys Greg Payne, Justin Gelfand, and Travis W. Story in a joint statement to the media.”In this country, no one can stop prosecutors from charging a crime. But when you’re accused, you can fight back in the courtroom — and that is exactly what Josh intends to do.”

Anna has not spoken out in light of Josh’s arrest. Jim Bob and Michelle Duggar issued a statement asking for “continued prayers” during this time. It’s likely that Anna will end up a single mother. Do you think Josh should visit have the right to visit his own children? Sound off below in the comments.

Check back with TV Shows Ace for more news on Josh Duggar.