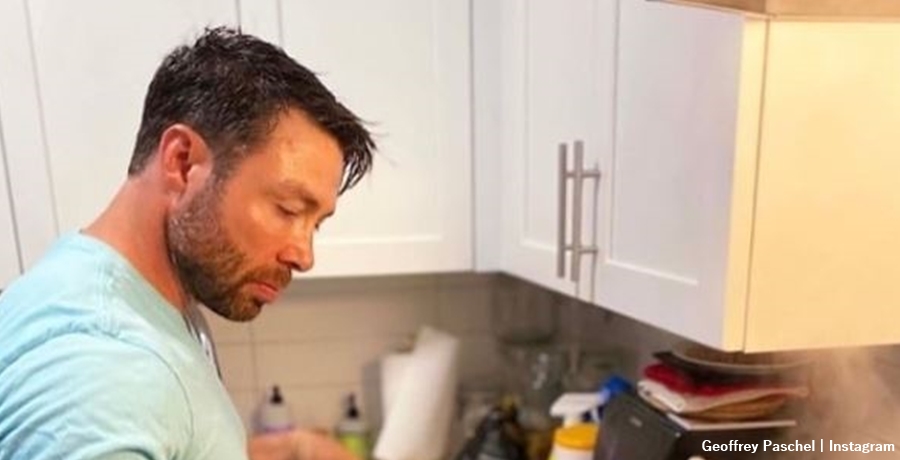 Geoffrey Paschel lives a very green lifestyle and a lot of fans appreciate it. 90 Day Fiance fans also like that he works hard, and when he’s not working, he gets out in the woods. Actually, it really looks like he’s got a handle on a holistic approach to life. Now he answered some questions in a Q&A on Instagram about his dog, weeds, and more. He also mentioned a stalker and younger women sliding into his DMs.

Geoffrey Paschel nature nut opens up about weeds, pooh, and other things

In May last year, in an exclusive interview with Geoffrey, we noted that he seems very into nature. At the time, he revealed that his love for nature originated with his teachers who seemed passionate about it. In fact, he always felt a deep connection with the wilderness. Speaking with us, he noted, “Since I am an outdoor enthusiast, I really enjoyed my life science and ecology courses in college. They allowed me to get even closer to nature.”

Exclusive – ’90 Day Fiance’: Nature-Loving Geoffrey Paschel Opens Up About What Inspires Him And More

In fact, his job gets him out and about as well. So, it seems he enjoys the best of the natural world. In October last year, Geoffrey Paschel revealed that he can’t stand the idea of a nine-five to five job. So, he works on home renovation. He loves it as it’s creative and it often takes him outdoors. If you didn’t know, he racked up 200k followers on Instagram and they all seem to love his leanings toward nature and the outdoors. Now, he answered some questions about his green lifestyle and who is sliding into his DMs.

In the Q&A video, Geoffrey Paschel took his towel and lay down on the grass next to his dog. Unfortunately, a pooh in the grass made a bad smell, so he moved away. One fan asked if he noticed it and he said he did. But everyone does it, so he left it out there.

Screenrant noticed that in his Q&A on Friday, Geoffrey Paschel talked about a stalker. He said that the stalker is “crazed, obsessed, filtered, sick, gaslighting, deflecting, fake,” and ” lonely” among other things.

Geoffrey Paschel told his fans that he eats weeds. It came when a fan asked, “Why are there so many weeds?” He mentioned, “I don’t destroy a plant because society deemed it a weed.”  The kicker came when he added, “I eat my weeds sans poop.” One TLC fan commented, “Ur tooo funny GEOFFREY😂😂🙌🏼.” Another one noted, “You crack me up! You could easily be in a comedy movie 😂 That’s talent 😂.”

One of the questions that came in talked about his age. One 90 Day Fiance fan asked Geoffrey Paschel, “How old are you?” Well, he’s not giving away that secret and he replied, “apparently not too old for 21 year olds to slip into my DMs.”

Judging by the number of people who thought the Q&A was hilarious, Geoffrey Paschel clearly entertained a lot of fans. He sounds like a really funny person off of the TLC screen, do you agree? Sound off in the comments below.