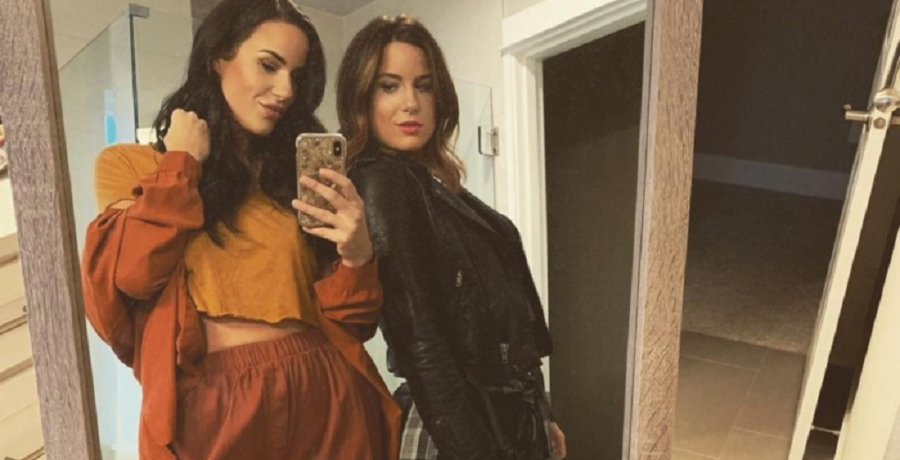 Extreme Sisters stars Christina and Jessica are a bit kookier than the others. It’s hard to believe but they’re different from the others on the show. That’s because they’re both psychics. They can even read each other’s minds, which can be a frustrating experience.

Not for these two though. They love what they do and they love spending time together. While most of the sisters on this show are special, Christina and Jessica bring a unique experience to TLC’s newest show. On Sunday night, Christina Manning and Jessica Dunagan, also known as “The Psychic Sisters,” are the latest to join the series.

On Saturday, May 1, TLC shared a clip that showed Christina and Jessica talking about their psychic powers. Yes, it’s the same sisters who meditate together often while naked. The pair will make their big debut on Sunday, May 2nd’s episode of Extreme Sisters. Their mom loved to “absorb the energies of the Universe” while spending time in nature.

The two know exactly what the other is thinking without having to say anything. They don’t even have to communicate. Christina and Jessica feel each other’s energy. They are both divorced and they live 2.5 miles away from each other. Jessica has one son, Preston, 4, while Christina has two children, Maddox, 5, and Maelyn, 6.

Who needs to use words when you can telecommunicate? Get to know Christina and Jessica on #ExtremeSisters, Sunday at 10/9c! pic.twitter.com/FvgWgrptgd

The sisters and their children spend most of their time together. It’s an unconventional family. In the clip, the kids excitedly exclaim that they have “two moms.” Jessica’s ex-husband, Mike, shows up at her house. He says that the two are still best friends and have a solid co-parenting relationship. Mike then jokes and asks Jessica if he has her permission to take his kid home with him.

He understands how close the sisters are. He feels he needs permission from both of them to see his son. The producer asks Mike if their relationship is normal and he says “far from not.” He explained that they have anxiety if they’re not together. He felt that he was married to both Christina and Jessica, which explains why their marriage didn’t work out.

Why makes “The Psychic Sisters” so different?

Christina and Jessica say they can predict each other’s futures. They also seem to share the same life. In an interview with The List, the Extreme Sisters stars explained that they have the same past.

Not only did they get “divorced at the same time” and “pregnant at the same time,” but they also raise their children together. They’re one step closer to living under the same house together. What makes them so different is they allowed the cameras into their homes during the first time they lived their lives separately.

“This is the first time in our life where she’s remained single while I’ve had a relationship,” Christina said.

It’s been hard since they’re not both in a relationship at the same time. Their uncanny relationship also makes it hard when they date different men. Another hurdle is their psychic ability. There are times when Jessica wants to spend time with Christina and her boyfriend and she knows what he’s thinking or feeling. It will pose some “challenges” on the show.