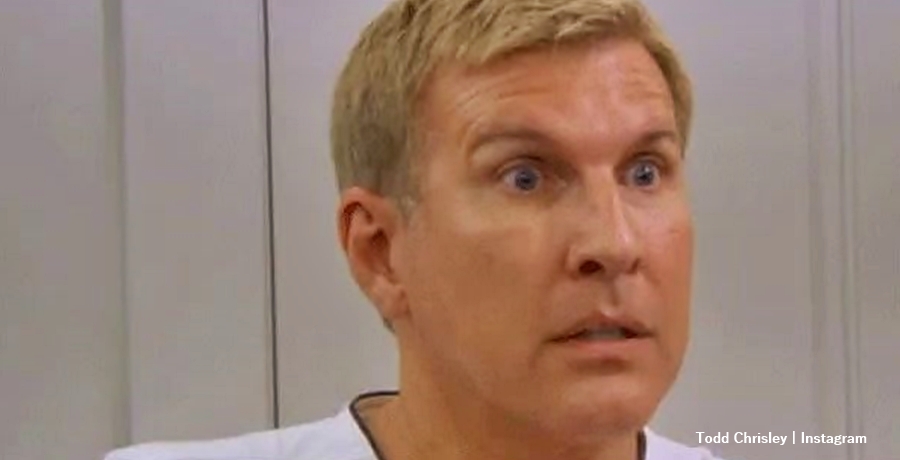 Chrisley Knows Best fans noticed that recently, Todd seems to drop a lot of cryptic posts on his Instagram. Sometimes, he shares quotes by other people, and sometimes, he just writes up his own posts. Many USA Network fans appreciate them as they seem very wise. Often, people find something that helps them get through problems in their own lives. Nevertheless, some fans wonder if he sent out cryptic messages about his own life. So, they wonder what up with him.

On April 30, Todd shared three quotes, and fans thought they all seemed very cryptic. It’s not the first time that he ever shared cryptic quotes. We reported in March, that Todd took to sharing cryptic posts. We noted, “Frustratingly, there is little to no context around these quote images he posts.” Without context, it leaves fans scratching their heads about what goes in his life. Sometimes, he actually gets them worried about his family.

Chrisley Knows Best fans sometimes think that he talks about his relationship with his estranged daughter, Lindsie. Other times, they think he refers to his son Kyle. Nevertheless, we also noted that sometimes he posts up a cryptic post just ahead of an episode on USA Network. Perhaps he hopes that his followers head on over and watch the show to figure out the riddles. However, three in one day got fans wondering who hurt him and what’s up. On the surface, they sound inspirational, but fans think there’s something a lot deeper behind them.

The first post that the Chrisley Knows Best star posted was about forgiveness. He talked about not needing to speak to someone who hurt him but for peace of mind, it helps. Naturally, fans th0ught of Lindsie. However, Kyle responded in the comments. His son thanked his dad for forgiving him. Then, he shared one about God taking people out of his life. And finally, talked about those who open up to others.

In the final post, one Chrisley Knows Best fan asked the reality TV star who “hurt” him last week? Then another one asked, “What’s up with the cryptic posts?” Similarly, this question came in, “Why all the cryptic messages lately?” Then, one follower noted, “Can someone tell me what’s going on?” Well, Todd never replied to any of those questions, which only makes the mystery deeper.

Naturally, as Todd reveals his problems with his Tax Revenue court case at the moment, it might all relate to that very big problem in his life.  What are your thoughts on these cryptic posts by the Chrisley Knows Best star? Sound off in the comments below.