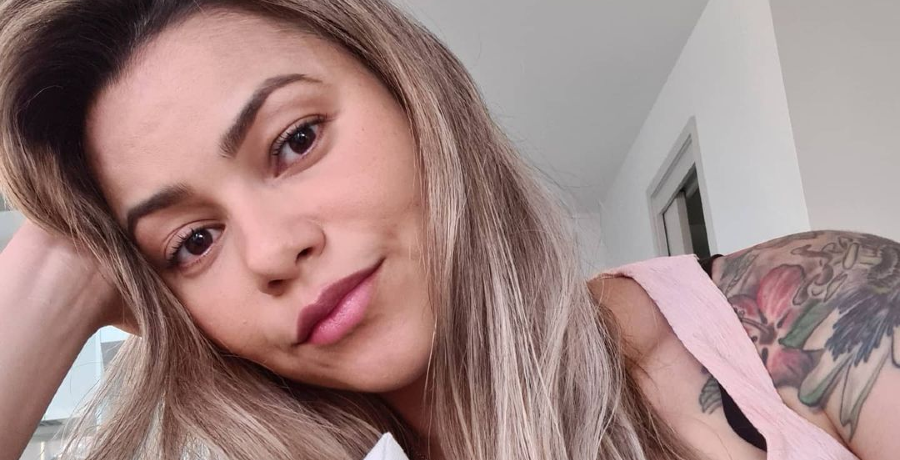 Below Deck Sailing Yacht star Dani Soares shocked fans with her pregnancy rumors. At first, the rumors swirled, especially when one fan leaked her photo. The reality star had to come forward and announce her pregnancy. If it were up to Dani, she would have announced it on her own terms.

Since then, she’s had a change of heart. Dani is happy and relieved to get the news out there. She loves sharing photos of her baby bump on Instagram. The stew has left the yachting life behind and is studying nursing. In a series of Instagram Stories, she’s opening up about her pregnancy and sharing any regrets.

Life after Below Deck Sailing Yacht

On Saturday, May 1, Dani Soares held a Q&A on her Instagram Stories. The Below Deck Sailing Yacht Season 2 cast member talked about her new life and how her pregnancy is going so far. She joked that she should be studying but she wanted to interact with her fans. One asked if she’s “excited” or “nervous” to have her baby.

“I’m definitely more nervous, I would say,” Dani said. “I still find it crazy that they just give you the baby and be like, ‘Okay, bye! Off you go!'”

Someone else wanted to know if she would do another season of Below Deck if she weren’t pregnant. Dani said that she “learned to never say never.” Could she be hinting at a possible return to the series? When it comes to stressing over exams, Dani says that she just focuses and studies as much as she can.

As for how far along she is or the gender of the baby, the reality star still refuses to answers such questions. She wrote, “I found out the gender when I was 10 weeks with a genetic test.” Then she added, “Very far” along with the laughing and crying emoji. The television personality will not be having a gender reveal on Instagram. She already had a small Zoom gender reveal with her family.

That doesn’t mean she won’t share baby photos. It looks like she will at some point when she feels ready. Dani said she’s fortunate that her pregnancy has been easy so far and she hasn’t had many symptoms. She’s still able to work and study full-time as she prepares for life after her baby.

Dani Soares has no regrets

One fan asked if she has regrets about going on Below Deck Sailing Yacht. Dani responded with the hashtags, “No Regrets,” “Regret Nothing,” and “Everything Happens For A Reason.” Someone else wanted to know if she had baby names picked out and she only responded with a clip of herself nodding yes.

She’s currently living in Sydney, Australia at the moment. However, she’s “learned to be open to changes.” While she’s planning on staying there, she wouldn’t mind if life took her somewhere else. When it comes to pregnancy cravings, she says she loves eating ice cream.

Dani calls the Below Deck production crew “so professional” and “so nice.” She likes all of them. The second stew never had any issues with production and she loves them. Then she joked and said that there is no new episode of Below Deck Sailing Yacht on Monday, May 3. Dani confused fans and said it wouldn’t return until May 10, but she was just embarrassed by Monday night’s episode. She wouldn’t even reveal any details about it.