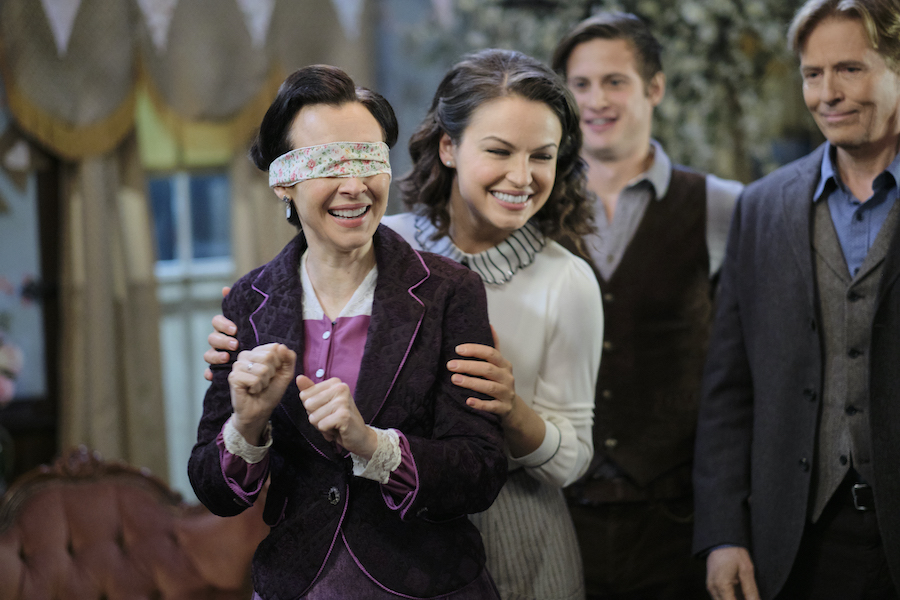 Hearties who may be concerned about When Calls The Heart Season 9 could feel a bit more optimistic. The most recent episode came back with such incredible numbers that everyone is talking.

On Sunday, When Calls The Heart Season 8, Episode 10, entitled “Old Love, New Love, Is This True Love” was the most-watched show on cable television. Over two and a half million viewers turned in to see Flo and Ned get married. Moreover, 2.649 million viewers tuned in.

Sure, there were some cold feet. In addition, it was clear that the love triangle was far from over. Elizabeth struggled between Lucas and Nathan. Moreover, there was a lot of speculation that Abigail Stanton would return to Hope Valley.

When Ned came to Gowan because he had cold feet, Gowan confessed he has been writing to Abigail. She was that woman that got away. He was not about to let his pal make that mistake.

This means this episode was the second highest non-Christmas episode ever. The only one that did better was the Season 7 final episode entitled “Don’t Go.” That episode had 2.672 million viewers.

Can Hearties Improve On This Number For Season 8, Episode 11?

When Calls The Heart Season 8 is far from done. There are still two more episodes left in this supersized season. This penultimate episode is entitled, “Changing Times.” Someone is coming to town to cause Elizabeth some trouble. In addition, it looks like someone is swindling the town in a huge scam.

Could this new episode get even more ratings? Could it top cable and perhaps even beat out the Season 7 finale episode? Someone sure thinks it could.

The When Calls The Heart co-creator and co-producer Brian Bird wrote on Twitter, “#Hearties, congrats for doing it again! Sunday night, 2.649 million of you made #WhenCallstheHeart THE MOST-VIEWED show on cable TV. In fact, you also beat out 12 big network shows. So now is your chance to set our all-time viewership record in Eps 11/12. Can we count on you?”

#Hearties, congrats for doing it again! Sunday night, 2.649 million of you made #WhenCallstheHeart THE MOST-VIEWED show on cable TV. In fact, you also beat out 12 big network shows. So now is your chance to set our all-time viewership record in Eps 11/12. Can we count on you? pic.twitter.com/wfNmbPSmll

Hearties have been waiting for Hallmark to announce When Calls The Heart Season 9. There have even been rumors that the show would end at Season 8. Although Erin Krakow has dispelled those rumors early this season, this feeling of dread lingers.

One of the fears is that since the numbers are not high for the target demographics, that could hurt the chances of another season. However, Hallmark generally keeps their plans close to the vest. They will likely not say anything until closer, or after, the final episode on May 9. Until then, Hearties need to show the network that they want more.

Be sure to watch WCTH every Sunday at 9 p.m., on the Hallmark Channel.