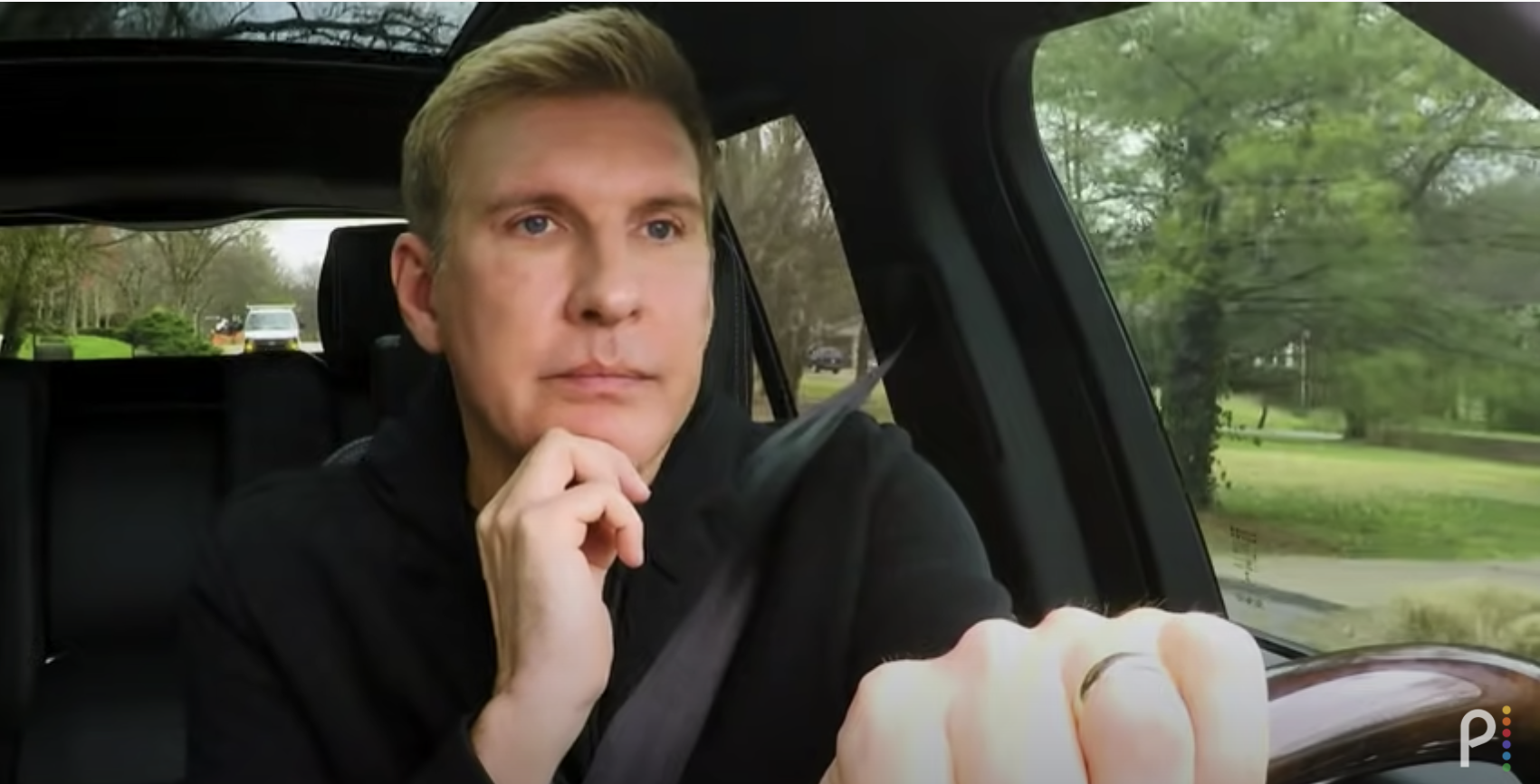 Just because Chrisley Knows Best isn’t currently on the air, that doesn’t mean that the Chrisley drama stops. Weekly, fans get a dose of what is going on in the Chrisley’s lives by way of their podcast, Chrisley Confessions. Lately, the bulk of an episode focuses on the reality television family’s ongoing drama with the Georgia Department of Revenue. However, towards the end of the podcast, Todd and Julie Chrisley still make time to interact with their fans through voicemails the fans leave for the podcast. Keep reading to find out what advice Todd Chrisley has for a father with a similar background as him.

A longtime fan of the Chrisley Knows Best calls into Chrisley Confessions seeking advice from Todd. The fan explains that he’s been watching the show since 2014. Furthermore, he feels like he and Todd have a lot in common when it comes to the mother of their children. The fan has a 10-year-old son that the fan’s had custody of since his son was 3. Next, the fan goes on to explain he got custody because his son’s mother “did some things she probably shouldn’t have done.”

Now, the fan’s ex is remarried with two more children. Apparently, the ex is trying to get back in touch with her son. While there seems like there are plenty of reasons for the caller to feel apprehension towards the situation, he also explains that his son has special needs. The concerned father specifically lists Tourette’s and “a few behavioral disorders.”

Next, the concerned father explains that his son goes to therapy and doctor’s appointments. Not only that, but the father also found a great private school for his son’s needs. While it seems like this father is doing everything right, his voice sounds like he’s at his wit’s end about trying to figure out what to do for his child. Ultimately, he wants to know what Todd Chrisley has to say about letting his child’s mom back into his life.

The Chrisley Knows Best patriarch explains that this caller’s situation is the “exact same” as his with his ex-wife. According to Todd, the only reason that the mother wants to step back in is to “fill a void that she has.” While the truth may hurt, Todd goes on to say, “she didn’t have that void when she walked away from him.” Ultimately, Todd explains to the father that he doesn’t need to do anything that disrupts the young boy’s schedule or routine. “She’s not entitled to that.”

Additionally, Todd gets blunt when he explains what it means to be a mother and a daddy. According to Todd, it takes more than “laying down and pushing one out to be a mother.” Furthermore, Todd explains that being a daddy is more than sending a child support check. To Todd, an important element of being a parent is participation.

Chrisley shares details about his ex-wife

At this point, it feels like Todd is getting heated. He explains that his two oldest (Lindsie and Kyle) never had that because their mother “was unfit.” Todd shares that even the court-appointed Guardian at Litem testifies that she was “emotionally disconnect from the children.” The kids even said they wanted to live with Todd and Julie Chrisley.

Ultimately, Todd reiterates the mother isn’t entitled to a favor. Not only that, Todd feels like it is not the concerned father’s favor to grant. Todd wants to know if the father grants the favor if it’s because what the dad feels like is right in his heart, or is he doing it for the betterment of his son? Todd explains that no decision a parent makes should ever tie directly to how it makes the parent feel.

How do you feel about Todd Chrisley’s advice to the distraught father? Let us know in the comment section below. Come back to TV Shows Ace for more Chrisley news.