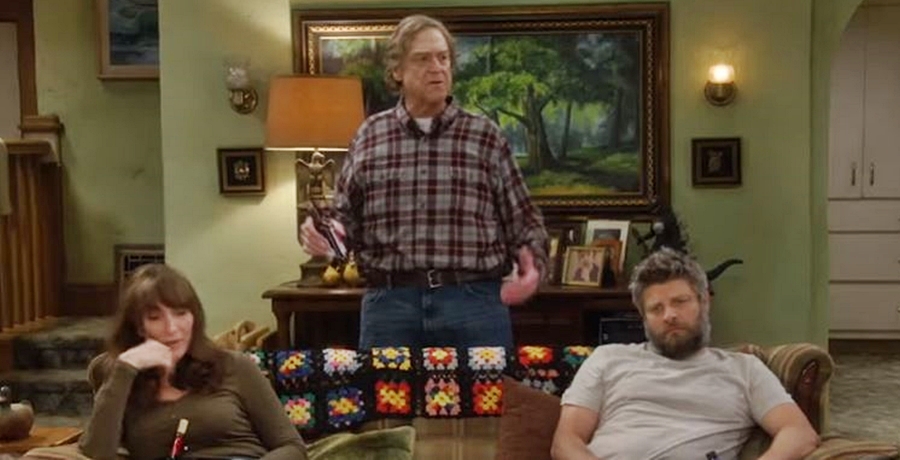 The Conners Season 4 would be welcomed by ABC fans. Of course, fans already look forward to a renewal of the amusing show. If you don’t know, the show followed on from where Roseanne ended. The show follows the family headed by widower Dan Conner, played by John Goodman. His adult kids Becky (Lecy Goranson), Darlene (Sara Gilbert), and D.J (Michael Fishman) are the main characters. Then, there’s sister-in-law, Jackie Harris (Laurie Metcalf)

The Conners Season 4 – will it get canceled after Season 3 ratings drop?

Apart from the main cast, fans also see the rest of the cast, Emma Kenney, Ames McNamara, Jayden Rey, and Jay R. Ferguson as Ben. In December last year, we noted that Candice Bergen joined the cast as a guest appearing as Ben’s mom, Barb. ABC fans know she disapproves of Darlene and seems very unimpressed with the working-class family’s home. Well, that guaranteed a few laughs, and long may they continue during these dreary days of the pandemic.

Season 3 revealed the family struggling a bit during the coronavirus. They try staying safe, as do fans who relate to that. Additionally, like many fans, they also struggle financially. Well, a good comedy is just what the doctor ordered, so fans hope for The Conners Season 4. It seems very popular.

However, according to TV Series Finale, the ratings dropped a bit for season 3. The first couple of seasons saw the show garner excellent ratings. However, in Season 3, it “dropped down by 41% in the demo and down by 36% in viewership.” Nevertheless, with 3.68 million viewers, it’s not to be sneezed at.

Ratings make the show – so is it renewed?

At the moment, no announcement for The Conners Season 4 came from ABC. However, on the upside, the network also didn’t make any cancellation announcement, either. Season 3 still airs and the finale comes on May 19. So, possibly something about a renewal comes along before then. Alternatively, the news might come within a month or so of the finale. Probably, ABC won’t keep fans waiting too long if they plan a renewal.

Actually, The Conners Season 4 probably comes along in time and we suggest that as it’s good for morale and still popular, fans shouldn’t worry too much. If it works, there’s little point in changing things, after all. Perhaps fans can hope for at least one more season of the show. Everyone dreads the news of a cancellation. However, sooner or later, shows come to an end the cast move off onto other ventures.

Do you hope that The Conners Season 4 gets an announcement soon? After all, it’s fun, it’s funny, and we can all relate to it.  Remember to check back with us often as we’ll be sure to let you know the moment we hear if it’s canceled or renewed for another season.