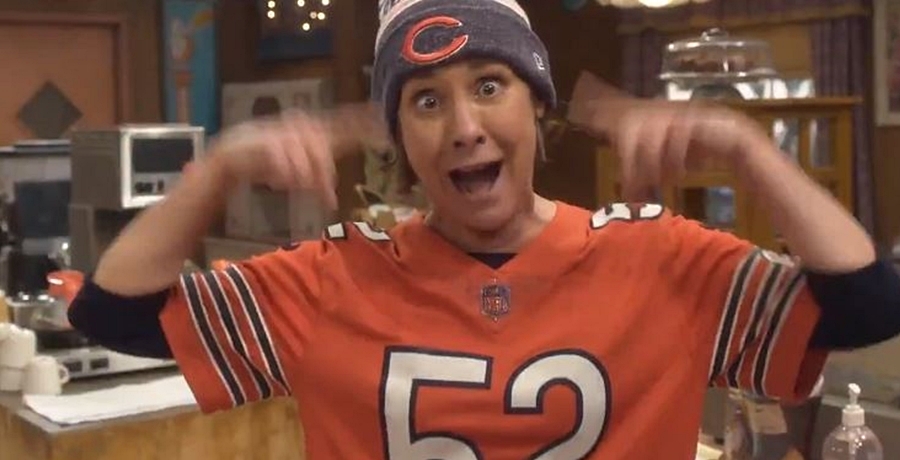 The Conners Season 3 played out since October on ABC and fans watched it every Wednesday. However, the comedy takes a break at the moment. The show originally premiered after a lot of problems with the coronavirus, which resulted in delays. Ever since then, more breaks came along and the most recent one involved President Biden’s address to Congress this week. So, when will it come back and why isn’t it airing next Wednesday?

The next episode, the 19th out of 20, skips another week. However, fans are not sure why. They can account for the one they missed during the Biden address. A teaser dropped for the next episode of the show, titled Jeopardé, Sobrieté and Infidelité. However, fans need to be patient and just wait for it. In the teaser which you can see in Twitter below, one of the women gets engaged. Well, it could be Beckie, Darlene, or Jackie. However, fans won’t see the marriage proposal until May 12.

Someone's getting engaged and the nominees are IN! 🌟 And the marriage proposal goes to… Find out on an all-new #TheConners, Wednesday, May 12 on ABC. pic.twitter.com/mfxeqzxGNt

The Conners Season 3 fans previously saw that Becky became candid about Mark, her late husband.  It seemed sad although she found a lot of support from the family and from her friend Robin, Good Housekeeping noted. The outlet noted, “After overcoming this moment together, it sounds like the upcoming episode will give the Conners plenty to celebrate.” Ironically, the show airs during the coronavirus pandemic and is all about how the family cope. Is COVID-19 the reason for yet another week of the show not airing on ABC?

COVID- 19 and delays of the ABC comedy

There wasn’t really a clear reason why The Conners Season 3 takes a long break. However, given the history of COVID-19 issues, we can probably presume that this comes as yet another covid-related delay. Mind you, fans don’t mind delay too much. After all, it’s way better than a cancellation. Meanwhile, Twitterati amuses themselves taking guesses at who becomes engaged. One fan commented, “Well we can already rule out Becky because she’s still married to Emilio! At the end of last season.”

Another fan guess suggested Dan & Louise. Well, it seems the most likely couple. After all, as one fan noted, “It’s too soon for Jackie & Neville” Additionally, they disagree with others who suggested Ben & Darlene. After all, “they are having problems in their relationship.”

Meanwhile, in real life, The Conners Season 3 lost Terrel Richmond, a crew member who passed away on March 18. Michael Fishman (D.J) said that the finale, when it comes along, is dedicated to his memory. Apparently, he suffered a medical emergency.

Who do you think gets engaged on The Conners? Share your thoughts in the comments below.