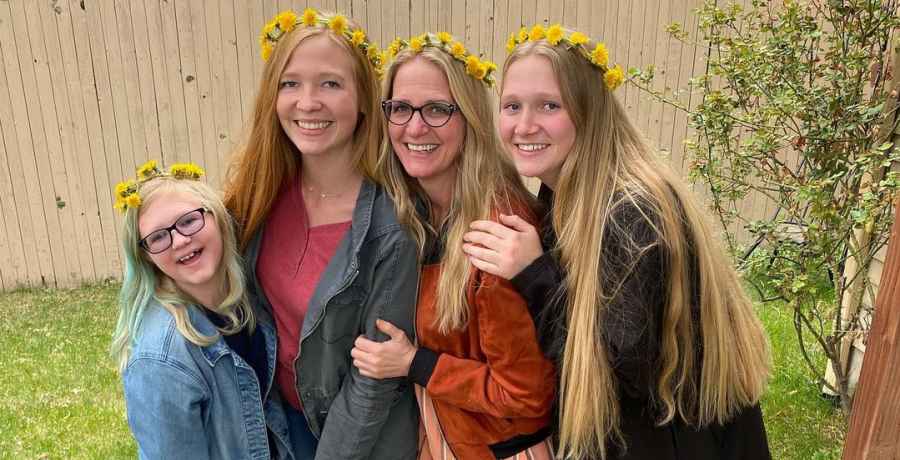 The latest season of Sister Wives ended on a tense moment when fans watched Christine Brown break down about her relationship with Kody. She has since revealed she went on a weekend getaway with her family. In images posted to Instagram, it is clear that Kody Brown wasn’t part of the vacation party. Despite this, or maybe because of it, Christine obviously had a happy time with her family.

On the final episode of this season of Sister Wives, Christine Brown was seen to be at a breaking point with her shared husband, Kody. She didn’t hold back on her comments on the TLC show. Christine wanted to find solace with her husband and the other wives in Utah. However, what she got back from the rest of the family were four steadfast negative responses.

Fans fully support Christine and commented, saying she should take a stand after admitting she is unhappy in her marriage. Meanwhile, Brown told the cameras, “I can’t do marriage with Kody anymore.” This is becoming a regular phrase used in the Brown plural family.

While fans started wondering if Christine has made the move to Utah herself, she did reveal enjoying some time away from the plural family. She shared a series of photos on Instagram, showing her having fun with the family, without her husband.

The images reveal Christine, smiling broadly as she enjoys time with her children on a weekend vacation. Ysabel, 18, and Truely, 11, can be seen having fun together in the images. The family was spending time with Christine’s daughter, Aspyn, and her son-in-law, Mitch, who live in Utah. Sister Wives fans were thrilled to see Christine looking so happy in the images and truly hoped she has finally found her voice.

Many fans were outraged over Kody and Christine’s last conversation, where Kody suggested his daughter postpone her surgery. Many feel this conversation could have been the final straw for Christine.

Meanwhile, due to the coronavirus pandemic, Kody has been missing out on many of the family functions. In fact, fans heard he chose to stay with his fourth wife, Robyn, who seems to be his favorite. For her part, Janelle Brown, his second wife, asked Kody not to come around during the pandemic. As Sister Wives fans already know, his relationship with his first wife, Meri, is on the rocks.

So far, Kody has missed Mykelti’s baby shower and he also missed the scoliosis surgery for his granddaughter. Fans are gradually coming to the realization that no one in the plural marriage is currently happy. Now, they are waiting for a new season to get an update on the struggling Brown family on TLC.