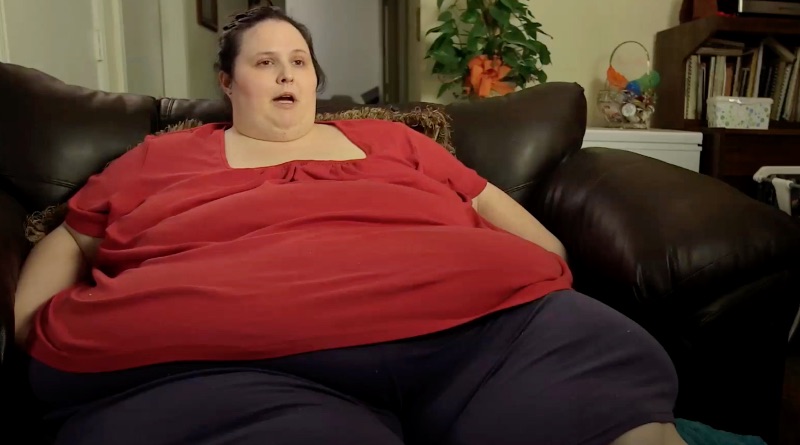 My 600-lb Life cast member Dottie Perkins had a tough road on the TLC weight loss show. There were a lot of emotional issues that led to her packing on the pounds. How is she today?

During her My 600-lb Life episode, Dottie Perkins talked about how important a mother’s love is to any growing child. Unfortunately for her, that was something she felt she didn’t have from her mother. As a result, she turned to food for comfort – and she put on the pounds at an early age.

Dottie Perkins said on My 600-lb Life that she put on a few pounds “every week.” So it’s easy to see how she got to the size she did before she eventually traveled to Houston to see Dr. Now. She said she could not stop eating. Meanwhile, by the time she sought help on the TLC show, she could barely walk.

When Dottie Perkins stepped on the scale for Dr. Now on My 600-lb Life, she was 641 pounds. It was clear by then that she would need to make some drastic life changes if she wanted to live a happier and healthier life. However, things got off to a slow start for the TLC cast member. After the first month of being with the good doctor, she only lost six pounds. So it was clear she would need to turn things up if she wanted to turn things around.

Meanwhile, real-life hit Dottie Perkins in a major way after her first My 600-lb Life weigh-in in Houston. A health scare from her son caused her to spiral and put weight on. By the time she was back with Doctor Nowzaradan, she was up to 669 pounds – even more than her initial weight.

Over the course of the next few months with Dr. Now, Dottie Perkins lost over 100 pounds. Due to this, she had even more energy than she did before. Meanwhile, she used that momentum to push herself even further. Altogether, she lost 271 pounds during her time on the show.

Since filming her episode of My 600-lb Life, Dottie Perkins lost her son Daniel to cerebral palsy. And even though that was an understandable tragedy to knock her off her weight loss routine, she has since gotten back up. Based on the latest pictures from the TLC star, you can see that she keeps the weight off – and that she is nowhere close to what she used to be.

Dottie Perkins also goes by Dottie Potts these days after marrying Chris Potts. So even amid losing her son, lawsuits against Megalomedia, and trying to keep her health in check, there’s a silver lining for Dottie. Even after everything she has been through, she seems to be in a much better place now.

Kaitlyn Bristowe & Jason Tartick Get A Reaction From Bachelor Nation
‘Good Witch’ Season 7 Hints At LGBTQ+ Romance
‘Below Deck Down Under’: Where Can You Watch It?
Kourtney Kardashian Keeps Scott Disick Away Amid New Relationship
Kaitlyn Bristowe Engaged, Stunning Ring Details Revealed