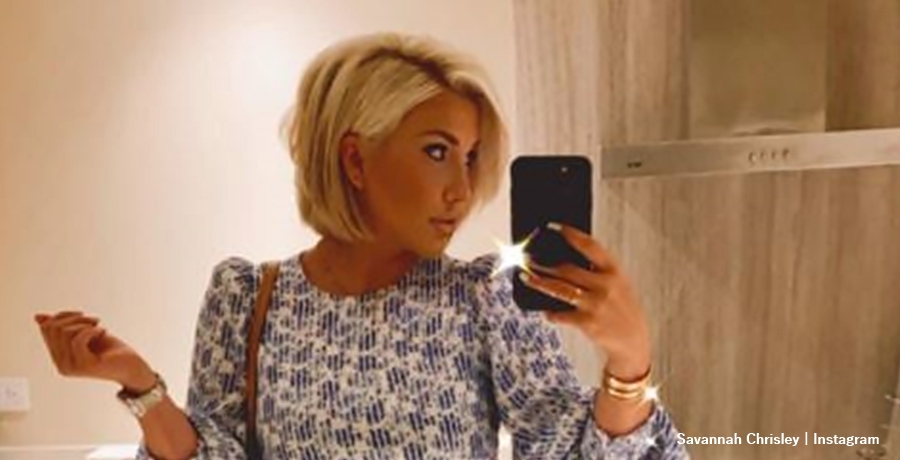 Instagram is one social media network where you can’t escape criticism, as Savannah Chrisley just found out. Looking stunning as usual, she posted on April 29  about her Sassy by Savannah cosmetics line. The Chrisley Knows Best star ended up dragged when she talked about “savage” and “sweetness.” Perhaps critics climb aboard the troll train as she promotes her new cosmetics brand all the time.

The Sassy cosmetics line seemed to take forever to arrive. Chrisley Knows Best fans hung around for a long time as “soon” became the launch catchword. On April 10, we reported that Todd’s daughter mentioned that the coronavirus delayed the launch date. In fact, she hoped for the launch back in March. So, she hopes for “next week.” Next week never came for ages for USA Network fans, but they tolerated her delays. Of course, finally, it launched.

Instagram fans saw a lot of photos from the start of Savannah Chrisley’s creation. Most of them like the way it looks in the new packaging. On the Chrisley Confessions podcast in the first half of April, she told her fans that she thinks everything happens in its own time for a reason. Now she even talks about relaunches as her products seem popular. Nevertheless, that didn’t stop critics from dragging her when she posted up this Thursday about her Lip Kit.

Savage and sweet post gets a lot of critics

The Blast noted the Chrisley Knows Best star already ended up hammered by Instagram when she previously shared a photo of herself. Critics felt that she used the wrong makeup as she was way too bronzed from her vacay in the Bahamas. In that post, she also told fans that she promoted the “Sassy Savannah flirty lip kit.” Now she posted another photo of herself, people blasted her for plastic surgery and for covering up her natural beauty.

In her post, she wrote, “50% savage, 50% sweetness 😉😜. Next, she credited her stylist and makeup artists. She promoted her line with, “FULL face palette and the “Fun & Flirty” lip kit!” One Instagram follower commented, “Stop the plastic surgery, for God’s sake!” Well, a few people defended Savannah Chrisley. However, others also commented. One fan wrote, “Make up is good but don’t let your natural beauty fade.” It seemed a bit odd as everyone knows that right now, Sassy by Savannah promotions mean a lot to the success of her new business venture.

One follower noted, “Can you post a picture without a filter? It’s hard to tell what makeup looks like when it is so heavily filtered.”What are your thoughts about Instagram critics dragging Savannah on her “savage” and “sweetness” Sassy promotion? Sound off in the comments below.