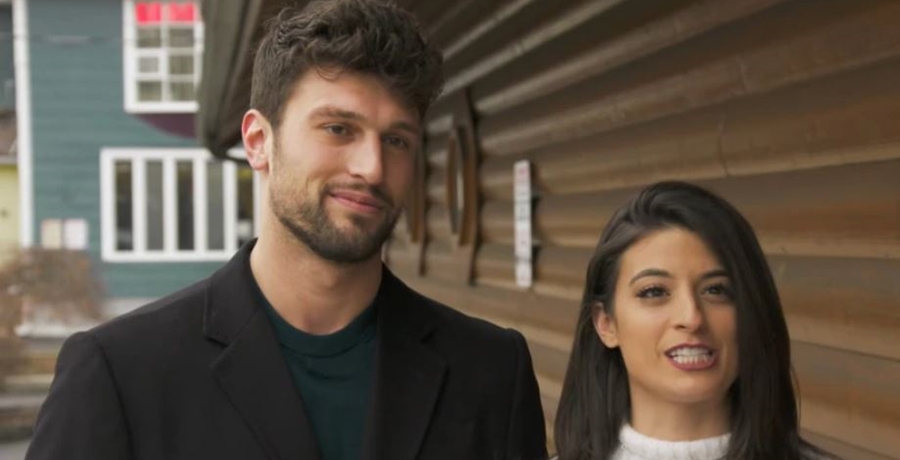 I Love A Mama’s Boy followed on from TLC’s sMothered. Instead of cloying moms and their daughters, this time it involved boys with smothering moms and how it impacted their partners. Mike Boornazian and Stephanie had a lot of issues with his mom, Liz. However, she seemed a bit better than other members of the cast. Fans enjoyed the show and now they hope for a second season. Once before, Mike teased a return of the show. Now, it looks like his second hint reveals they could film for Season 2 at the moment.

We reported in late March, that Mike Boornazian asked fans if they would watch a second season of the TLC show. ILAMB followers seemed very keen on it. At the time, fans took his post as a major hint that Season 2 comes along. He wrote, “IF THERE’S A SEASON 2 ARE YOU WATCHING!? DROP A COMMENT 👇🏼👇🏼.”

Well, TLC brings many very strange and weird shows. For example, they now air Extreme Sisters which features what some people think of as unhealthy relationships. In fact, some fans wonder where on earth they find all these different people.

I Love A Mama’s Boy might as well get a second season. After all, TLC fans never seem to tire of people who live different lifestyles. In the last season, fans saw that Mike’s mom seemed super-annoying. Stephanie and Mike really love each other.

However, his mom always placed herself in everything the couple did. Doting on her son, some people felt she acted as if he became her own man after his dad passed away. Constantly trying to get Mike’s attention away from Stephanie, fans became really irritated with her.

Is Mike filming for the second season right now?

The last fans heard of Mike and Stephanie on I Love A Mama’s Boy, they broke the news to his mom that Stephanie got a job offer in California. Liz seemed shocked and sad. However, she mellowed at one stage and they assured her they would stay in touch. In December last year, it looked like Mike and Stephanie survived his mom and they might have actually relocated. In Season 2, maybe fans see them live their new lives in California.

I Love A Mama’s Boy filming hints came on April 29 when Mike dropped two Instagram Stories.  In the first slide, he took a snap of the inside of the car. He captioned it with, “long day of filming ahead.” Later, he shared another slide that showed a room with big cameras and all the other things that ILAMB fans might expect to see behind the scenes of the show.

What do you think of Mike hinting that he might film for I Love A Mama’s Boy Season 2 at the moment? Are you hoping for a renewal? Sound off in the comments below.

‘Days Of Our Lives’ Week Of May 17 Spoilers: Abby Says Farewell – Ciara Reaches For Ben
Plaths Spotted With TLC Crew – Filming ‘Welcome To Plathville’ Season 3?
‘Sister Wives’ Fans Criticize Kody Brown’s Role In The Plural Marriage
How Much Do The Waldrops Make From TLC’s ‘Sweet Home Sextuplets?’
The Bold and the Beautiful Spoilers, May 17-21: Liam Starts To Lose It