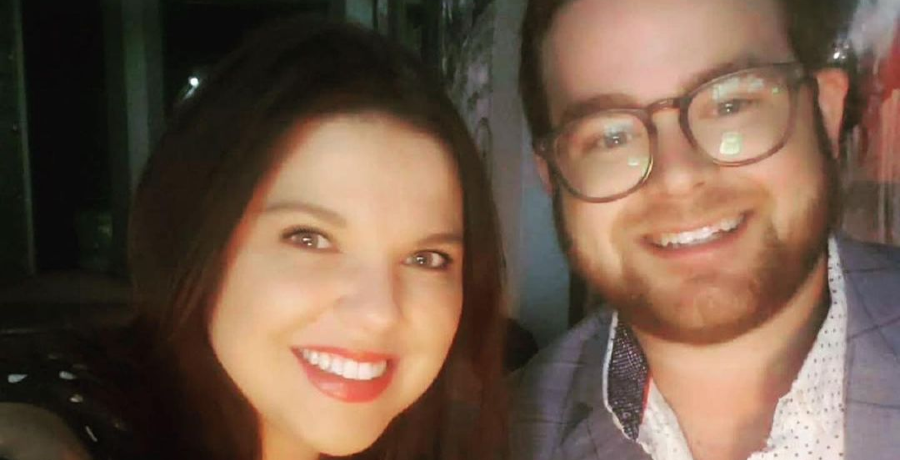 Counting On fans immediately thought of Amy King after news broke that Josh Duggar has reportedly been arrested on federal charges. The charges were not revealed until Friday, April 30. Since then, fans have also thought about his wife, who announced that she and Josh are expecting their seventh child. Meanwhile, his cousin Amy posted a cryptic tweet that came just days before the news broke.

Does that mean that Amy knew that Josh’s arrest was coming? On Thursday, April 29, news broke that Josh was reportedly arrested on federal charges. The Feds arrested him in Washington County, Arkansas, where he now lives.

When the news of Josh’s arrest broke, fans thought about Anna’s pregnancy announcement. Some dug through social media for clues and they came up empty. Then, one fan noticed Amy Duggar King’s cryptic message on Twitter. On Wednesday, April 26, she gave a “shoutout” to all of the single parents out there.

“You are amazing and you do SO much and one day for kids will see all the sacrifice and will love you even more for it,” she posted. “I just felt like someone needed to read this tonight… Stay strong.”

One Duggar fan on Reddit noted that this tweet “aged like milk on a hot summer’s day.” It’s an interesting message considering the recent turn of events. The tweet could have been directed towards Anna, but there’s no proof. Other Duggar fans on Reddit have a feeling that the family already knew the arrest would happen.

“This may be intentional. Maybe she knew it was coming,” one user wrote.

“I think they knew it was coming. What if that’s why they didn’t renew Counting On?” another added.

Shout out to those who are solo parenting. You are amazing and you do SO much and one day for kids will see all the sacrifice and will love you even more for it. ❤️

I just felt like someone needed to read this tonight…

However, some fans don’t think Amy’s tweet has anything to do with Anna. They also don’t find the news surprising. While most were surprised to hear about Josh’s arrest, not all of them were surprised with the reason why. In 2015, allegations of sexual abuse came back to haunt him. He admitted to the allegations, however, no charges were filed.

The latest on Josh’s arrest

Fans wanted to know why the Feds arrested Josh Duggar. At the time of his arrest, there was little information but many rumors. Some feel that the Duggar family was aware of his arrest before it happened. It could also be the reason why TLC hasn’t confirmed a new season of Counting On.

On Friday morning, Josh Duggar made his first court appearance. According to the statement from the United States Attorney’s Office, Josh allegedly received and possessed child sexual abuse content. So far, he has not pleaded guilty and declined to have his charges read during court.

Josh will have a detention hearing on May 5. Prior to then, he will have a pretrial hearing and his official court hearing is on July 6, 2021.

What are your thoughts on Amy Duggar King’s tweet? Do you think she was aware of Josh’s arrest? Sound off in the comments.