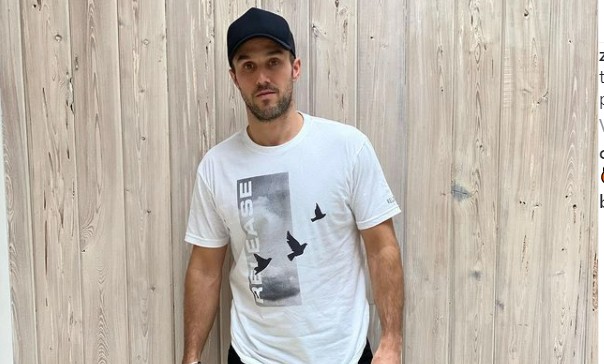 Bachelorette alum and final rose winner Zac Clark always remains open about his struggles with addiction. He always admitted the fact that at one point in time he hit rock bottom. Now, he’s opening up even more and sharing how his addiction battle humbled him.

Bachelor Nation shared an interview with Zac in which he details some of the lowest points of his life. During his interview with Mike Johnson and Bryan Abasolo, Zac said it took getting knocked down to get him on track. He said, “I had to be humbled! I had to get punched in the face a couple times. I also believe there are two types of people in the world: those that have been punched in the face and those that have not.” Zac continued, “When I think about my life and my journey, so much can be learned.”

He’s grateful for the ups and downs his road to sobriety offered. It taught him a lot. Zac said, “I’ve been given this gift of this 360-view of the world that took me lying on a cardboard box in Camden, New Jersey, with a needle in my arm and a crack pipe in my mouth to really be humbled enough to be willing to accept the help.” He continued, “Once I was able to do that, I’ve never looked back. And that’s the greatest gift.”

The reality star has been sober since August 2011. That was his second attempt at rehab and thankfully it was a success. Zac believes he grew up with a privileged upbringing living in suburban New Jersey. It opened his eyes and that insight contributed to the successful launch of his New York-based treatment center Release Recovery in 2017.

Zac said, “The whole world could learn from the recovery community because we are a resilient, passionate, understanding, loving group and there’s no boundaries.” Zac recalled his early days in New York. He talked about a dinner he had with an older gay man, a trans woman that made up the eight-person table. He recalls looking at them all and feeling so loved.

Zac elaborated, “Because this thing, this addiction or whatever it is, had affected us all and we all knew that, so we shared that common bond. And it just disarmed everyone from being in that judgment zone.”

Living life to the fullest

Today, Zac remains sober and living life to the fullest. He spoke with US Weekly and revealed he is fine talking about his past. A brain tumor and surgery initially led him down the path to drugs and alcohol. He’s very fortunate to be on the recovery side of his addiction.

Plus, now he has met Tayshia Adams and plans to marry her. He said he lives a very blessed life. Tayshia was open to hearing about his issues and is fully supportive. It was important for him, in the beginning, to make sure she knew exactly who he was.

Zac also recalled a day forever embedded in his mind. It was life-changing. One day after being arrested, his dad came to get him. He recalls, “When you put your arm on my arm, when you said, ‘Son, we’re going home,’ and here I am strung out on every drug under the sun — and you put your arm on my arm and said, ‘Son, we’re going home,’ I said nothing.” Zac continued, “But I [felt] something leave me. It’s like that moment of clarity or whatever it is. That’s a day I’ll never forget.” 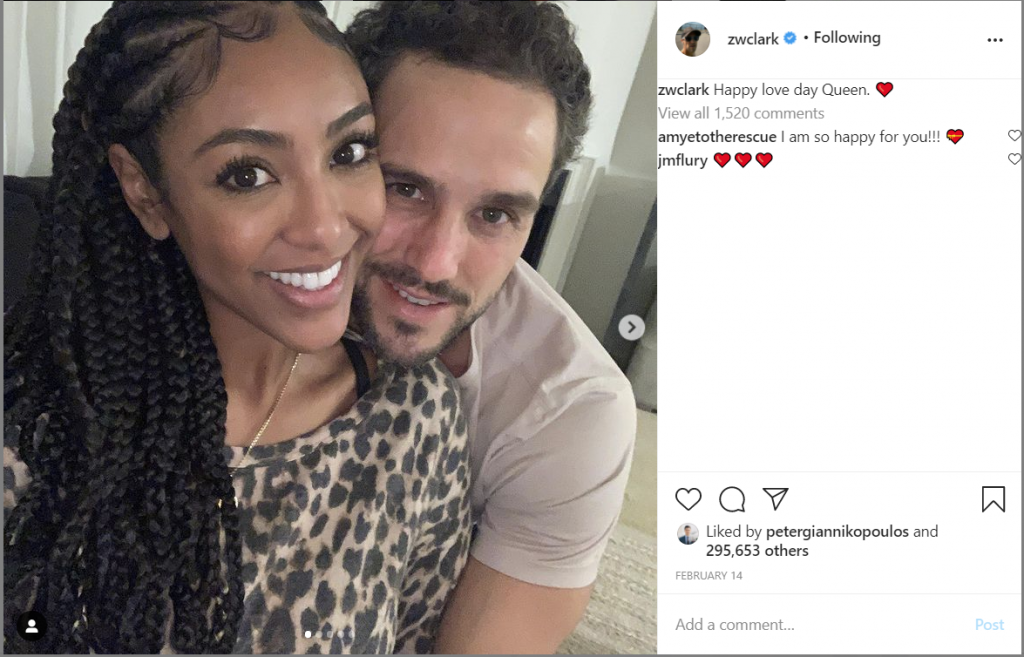 US Weekly also shared details on Zac saying The Bachelorette was like rehab. Zac said, “The bubble alone was like being in rehab. Like, ‘Talk about your feelings in front of this camera,’ you know? Be amongst a bunch of other dudes. Every morning, when I open my eyes, I have a competitive advantage against the rest of the world. I’m just clear-headed. I’m clear-minded. I’ve been through some s–t. I have some life experience. I’ve seen some things play out.”

Now that Tayshia completed hosting Katie Thurston’s season of The Bachelorette, perhaps she and Zac can get back to wedding planning. Fans can’t wait to see these two walk down the aisle. They both admitted planning has commenced but no date announced just yet.  The two became engaged on the finale of Tayshia Adams season of The Bachelorette. They seem perfectly suited for one another.

Do you hope to see Tayshia and Zac wed soon? What do you think about Zac’s journey to sobriety?

Stay tuned for more updates on this incredible couple.

Kaitlyn Bristowe & Jason Tartick Get A Reaction From Bachelor Nation
‘Return to Amish’ Season 6 Episode 9 Recap: May 10
Who Are The Season 12 ‘Shark Tank’ Sharks & What Are Their Specialties
Will Dr. Joe Park Join Other Singles On ‘Bachelor In Paradise?’
Why Didn’t Kimberley Dress Up to Meet The Winders on ‘Seeking Sister Wife’?