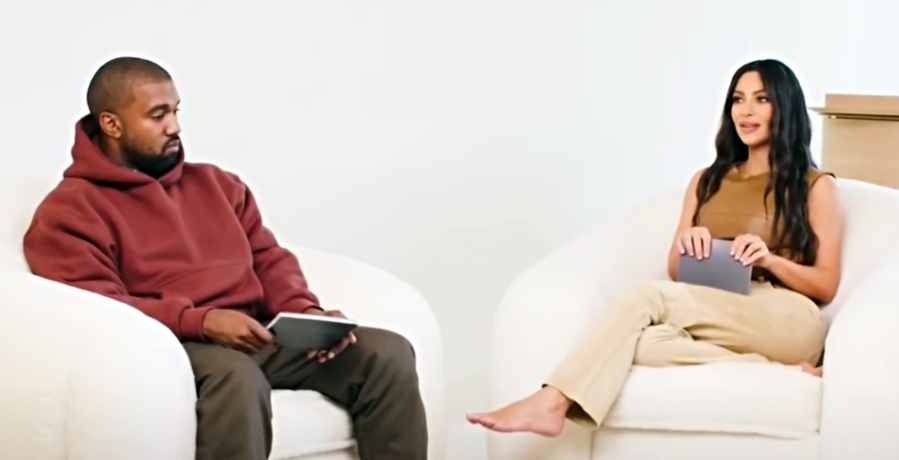 Kanye west and Kim Kardashian may have divorced a while ago, but something peculiar is going on. Kanye West is actually still wearing his wedding ring. Could it be that he’s still in love with Kim Kardashian?

Kim and Kanye split and seems like it didn’t go all that smoothly. Kanye, in the past, has made it clear that he doesn’t even want to hear from Kim anymore. But, there’s one strange thing. He is still wearing his wedding ring. Could it be that he still wants to be tied to the Keeping up with the Kardashians star?

According to ScreenRant, a source says they haven’t been on good terms since the split, so him wearing his wedding ring doesn’t really make sense. Of course, a lot of stuff with Kanye West doesn’t make sense.

This actually isn’t the first time Kanye has been seen wearing it. It’s been speculated that this could just be a sign of peace between the two parents. Kim has made a couple of peaceful gestures too, including still wearing her Yeezy shoes.

There’s also a chance he could be doing this for his kids. It’s important that the kids know that the parents are working together. Maybe this ring is a gesture to his forever bond with Kim Kardashian.

Though he isn’t seeing anyone yet, Kanye has actually talked about what he is looking for in a future partner. Lately, Kim has been going to law school and trying to become a lawyer like her father. This has made her need to take everything much more seriously. Apparently, this is not what Kanye is looking for in a partner.

Kanye says he wants to date someone who is more creative and artistic. He thinks that this way they will be able to understand each other better.

He wants to be in a relationship “With an artist and a creative person,” a source source says about the rapper, so that “they can speak the same language to each other.”

While there have been some rumors of people wanting to date Kim K., she still hasn’t said anything about her dating life just yet.

Why do you think Kanye West still wears his wedding ring? Let us know in the comments below. Come back to TV Shows Ace for more news on all of your favorite Keeping up with the Kardashians stars.