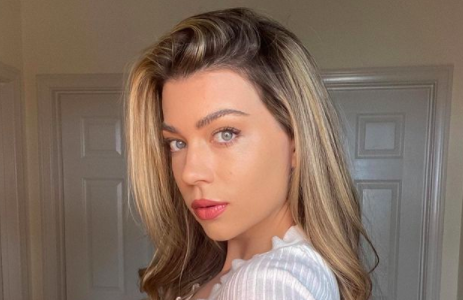 Now that summer is coming and The Bachelor has ended, fans are anxiously awaiting the start of Bachelor in Paradise. Of course, it was cancelled last year due to COVID, so now fans are extra excited for what the new season will bring. Fans are wondering who all will move down to Paradise. One person in question? Sarah Trott.

Sarah Trott on Bachelor in Paradise

Former Bachelor couple Sarah Trott and Matt James were hot and heavy for a while. It seems like they instantly had a connection. That’s why Matt and fans were shocked when Sarah ended up sending herself home near the start of the season.

Then, she was dealing with her dad and his battle with ALS. Apparently, she thought that she would be able to talk to family while she was there. But, she couldn’t and of course, this made it hard to be away from her dad.

”I thought I would be able to communicate with my parents and have access to a phone and talk with them, but some of those things turned out differently once I got there,” she says according to US Weekly.

This doesn’t come as a surprise to Bachelor fans, but it was a surprise to Sarah. Because of this, she ends up going home. She was also apart of a lot of intense girl drama so it seems that could’ve played a part in her departure as well.

Since she went home early, fans are wondering if she will make her way to paradise.

In fact, someone actually asked her on an Instagram story.

“Are you doing Bachelor in Paradise?! We need more Sarah!!” a fan writes.

Sara shared the question and wrote “wait and see!”

This makes it sound like she will be on Bachelor in Paradise, so Sarah fans can probably start getting a bit excited.

There’s no telling how it will go this time though since she still won’t have access to her family. At least this time she will know before going in. Not to mention, there are so many more choices for the contestants on Paradise, there’s a good chance she really could find love on the show this time.

Do you want to see Sarah on Bachelor in Paradise? Let us know in the comments below. Come back to TV Shows Ace for more news on all of your favorite Bachelor Nation stars.