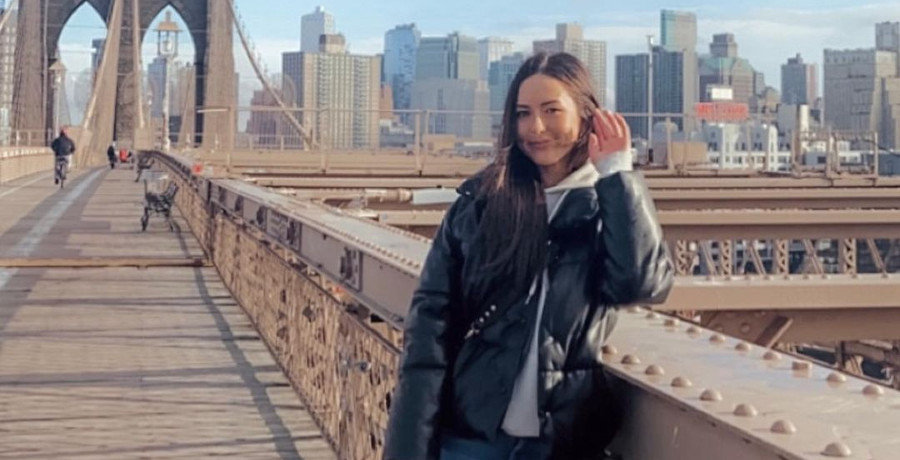 15% of the American population admits to having trouble hearing to some degree. However, those numbers are rarely reflected on television. Matt James’ season of The Bachelor changed that. For the first time in the show’s history, a deaf person competed on the dating show. Since then, Abigail Heringer has been open about what it’s like to date while deaf.

The Bachelor contestant is profoundly deaf, but her cochlear implant helps her hear. For many Bachelor Nation viewers, Heringer is their first exposure to the devices. And so, she fields a lot of questions from her social media followers.

The former Bachelor contestant recently did a Q&A with fans. Upon request, she shared a photo of her cochlear implant when she’s not using it. Heringer joked that she needs to name the assistive device.

She also shared a throwback photo from when she was a little girl, her cochlear implant visible. However, it’s not the same as the one she wears now. The technology when she was younger was much less advanced. In fact, she said that her implant used to be connected to a “fanny pack” that she had to wear.

See the photos on the official Bachelor Nation website here.

Has She Been Turned Down Because She’s Deaf?

During her time on The Bachelor, Abigail Heringer was open about the difficulties of dating while deaf. For one, it makes communication difficult in noisy places. She elaborated a bit during the Q&A, writing that it can be “hard to flirt when I have to ask ‘what’ constantly.”

Heringer brought up something that most hearing people probably aren’t familiar with – “listening fatigue.” What is it? As the name suggests, listening fatigue means getting tired of listening.

Healthy Hearing explains that listening fatigue is worse for the deaf and hard-of-hearing because the “brain [has] to work harder to process incoming information.” Abigail Heringer put it in plain terms: “Taking off my CI is as equivalent to the feeling of taking my bra off at the end of a long day.”

Did Abigail Heringer ‘Fake It’ With Matt James?

However, she said in her Q&A that she had no idea what she was doing. She’s “still figuring” out how to navigate the dating scene as a deaf person. While she seemed confident to viewers, she had a confession to make on Instagram. She said she was “faking it until I made it” that first night.

But with the experience behind her, she believes “being up front and letting them know” is the right move.

Many Bachelor Nation fans were hoping that Abigail Heringer would get another shot at love as the next Bachelorette. Instead, the network chose Katie Thurston and Michelle Young as the leads for the next two seasons.

But there’s still a chance that Heringer will appear on Bachelor In Paradise this summer. The network has yet to announce which alum will look for love on a secluded beach.

In the meantime, the Oregon native is living her best life as a 20-something single in New York City.

Make sure to join us on Facebook for all the latest Bachelor Nation news.