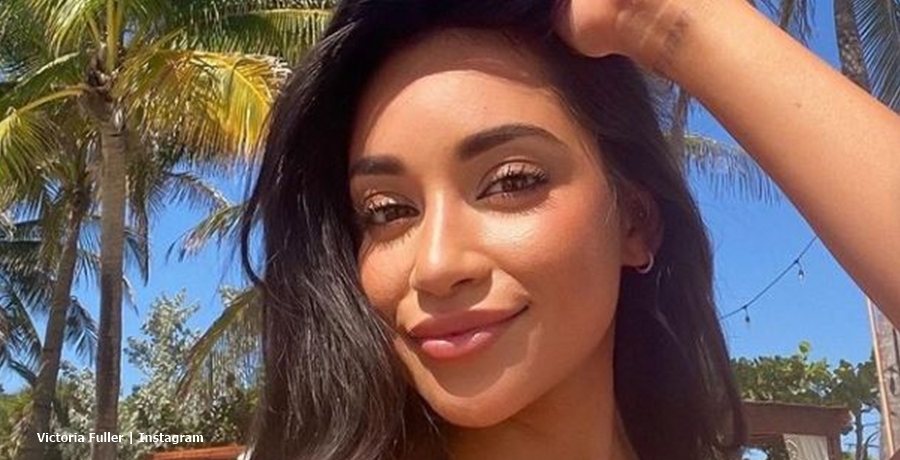 Victoria Fuller usually hits the headlines over her relationships. The Bachelor contestant became quite popular when she featured on the ABC show with Peter Weber in season 24. Well, Victoria often shares promos and she models clothing and more. Recall, she ran into controversy in her season when she promoted a brand with “White Lives Matter” on it. Well, now it looks like a product she promoted might be a scam, and fans complained about it this week.

Recently, everyone talked about Victoria and Chris Soules. She revealed via an Instagram Q&A that she split from Chris but she gets by as a single person just fine. Mind you, she might wait for Bachelor in Paradise to come along. For the time being, she seems determined to enjoy her single status. Over on Instagram, she regularly posts about the single life. In fact, on April 27, she reiterated that again, posting, “Life update: discovered black coffee 3 weeks ago. It makes me sweat. I don’t really leave my house & I live in no-name sweatpants. That is all.”

Victoria Fuller Spills On Season Of Singleness After Chris Soules

We reported on April 11, that Victoria Fuller shared a photo of herself in a bikini on a boat. She captioned that one with, “just dropped my new single, it’s me, I’m single.” That came without a promo tag which seemed a bit unusual. However, the Bachelor alum seems to make some differences in her life. People Magazine reported that she recently became a member of a “nondenominational Christian community and now plans to save herself for marriage.” Well, if she gets into religion, maybe she’ll do the right thing and help her fans who complain they got scammed by one of her promos.

In the post where Victoria Fuller talked about black coffee and sweat, two fans talked about a possible scam from a promo. Looking through her posts, it might have come on a story, as it’s doesn’t seem to be on her main page. One fan said, “Hey V. Remember your recent ad for the health book on meals and exercise? The company scammed me. Can you get me in touch with someone?”

Another fan replied, saying something about the ad by Victoria Fuller. They noted, “omg me toooooo!!!! I ordered the ebook and they said 24hrs and it’s been 6 days. And there’s noone to talk to. I’m so frustrated. I trusted her ad. Ughhhhh.” Well, the first person who complained then mentioned that she took out a “case with PayPal.” Hopefully, these ladies get their concerns addressed. Perhaps Victoria sees it and contacts the people who ran the advert via her social media.

What are your thoughts on Victoria Fuller promoting a product that might be a scam? Do you hope she tries making it right for her fans? Sound off in the comments below.