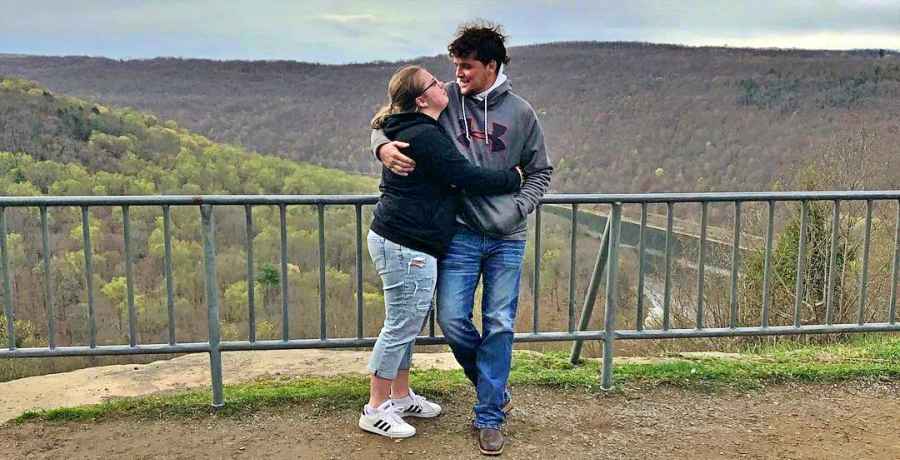 In Season 6 of Return To Amish, fans have watched Maureen Byler experiencing the English world for the first time. This has left her debating with herself as to whether to return to her Amish roots or make a life with her boyfriend, Daniel. As viewers have noted, Daniel has many scars and Maureen has explained how they happened.

Maureen and Daniel on Return to Amish

On the show, Maureen explains that she has a crush on this “really handsome guy,” who is actually an Amish taxi driver. She explained that an Amish taxi driver is usually an ex-Amish friend that they trust. The driver takes them places that they cannot go without a horse and buggy. Fans have watched Maureen’s relationship with Daniel grow and many wonder if they are still together.

However, besides wondering if Daniel and Maureen are still a thing, many fans are curious about what happened to Daniel when he was a child. Viewers have probably noticed that Daniel is covered in scars. Maureen explained to the TLC cameras that when he was just 18 months old, Daniel accidentally swallowed Drano. At the time, it was recommended that he get plastic surgery for his scars, but the Amish community wouldn’t allow this.

What is wrong with Daniel’s teeth?

However, fans have also noted Daniel’s teeth and wonder why he didn’t get dentures like many Amish people do when they are young. Reportedly, several members of the Amish community have their teeth removed and replaced by dentures. Unlike “English” people, the Amish do not use dentists due to the long-term costs. Instead, they have their teeth removed from a young age to avoid further dental costs.

Maureen tells the cameras that his appearance doesn’t matter to her as she likes him just the way he is. She wouldn’t want Daniel to change.

Are the Return to Amish stars still together?

Many TLC stars have to keep quiet about their current relationships, due to the NDA they sign when they join TLC. However, despite this, it looks like Maureen and Daniel are still very much together and happy. The couple officially announced their relationship on social media in February 2020 and became engaged in July.

On Tuesday this week, Maureen posted a series of images of Daniel, including one of them both together. She captioned the images, writing, “Thank you for everything you do for me. I love you, babe.”

On another social media post, Maureen wrote that Daniel brings so much happiness in her life. She writes that he is “funny, loving, and kind.” Maureen says he is always here for her and is her best friend and the love of her life. She closed her post, writing,” I love you, Danny, thanks for everything!”

However, so far, there is no news of when Maureen and Daniel will head down the aisle together.

New episodes of Return to Amish air on TLC on Mondays at 9 pm ET.