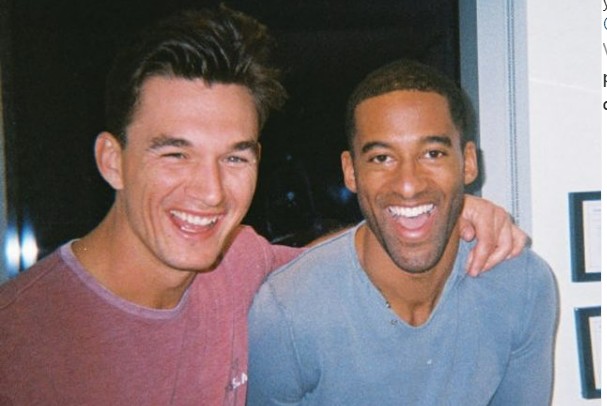 Bachelor Matt James has shed some new light on a few hot topics recently. Matt spoke on his current relationship status with Rachael Kirkconnell. Plus, he spilled some interesting tea on possible contestants for the upcoming season of Bachelor in Paradise. What did Matt have to say?

Matt spoke with People recently and shed some light on a few hot topics. One topic, of course, being his current relationship status with Rachael Kirkconnell. The other interesting tidbit he shared involved the upcoming season of Bachelor in Paradise.

Matt was asked if there was any remote possibility of seeing him in Paradise. Matt said, “There’s a negative chance I’ll be on Paradise.” Plus he also dished on another possible contestant. The Bachelor said there is also no way fans would be seeing his best friend Tyler Cameron make an appearance on BIP. He said, “There is a negative chance Tyler’s on there as well. I think we’re good on that.”

Sounds like both Matt and Tyler are pretty much done with The Bachelor franchise. What was supposed to be a historic season for Matt turned into a huge scandal involving his final choice and host Chris Harrison.

As for other contestants heading to BIP, so far only one has been confirmed. Dr. Joe Parks is reportedly heading back to try and find love with the franchise. Another heavily talked about favorite is Bennett Jordan. No official announcements have been made from BIP production.

Where does Matt stand with Rachael?

Matt also dished to People that he is focusing on his relationship with Rachael. They endured many ups and downs but are trying to make it work. Things seemed a little better when he flew her to New York. However, Reality Steve spilled the tea that Matt had been trying to hook up with a friend named Grace in Florida just two days earlier.

Rachael found out and left angrily. However, the two were seen together in California this week. This sparked rumors of a reconciliation between them. Sources say the two are not classifying their relationship status. However, Matt said, “I’ve seen Rachael a handful of times.” He continued, “I’m not pursuing any relationships right now outside of that. I said I was going to focus on my relationship with her and that means focusing on it.”

Time will tell if these two can overcome their struggles. Stay tuned for more updates.